The US Justice Department announced charges against David DePape on Monday, three days after the alleged assault on Paul Pelosi at her home in the Pacific Heights neighborhood.

David DePape is a homeless drug addict.  Sometimes he stays at the home of his nudist exwife who was arrested for on sex crime charges with a minor.

According to Michael Shellenberger:

As I discovered yesterday, DePape lived with a notorious local nudist in a Berkeley home, complete with a Black Lives Matter sign in the window and an LGBT rainbow flag, emblazoned with a marijuana symbol, hanging from a tree. A closer look reveals the characteristics of a homeless encampment, or what Europeans call “an open drug scene.” In the driveway, there is a broken-down camper van. On the street is a yellow school bus, which neighbors said DePape occasionally stayed in. Both are filled with garbage typical of such structures in homeless encampments. People come and go from the house and the vehicles, neighbors say, in part to partake in the use of a potent psychedelic drug, ibogaine.

Neighbors described DePape as a homeless addict with a politics that was, until recently, left-wing, but of secondary importance to his psychotic and paranoid behavior. “What I know about the family is that they’re very radical activists,” said one of DePape’s neighbors, a woman who only gave her first name, Trish. “They seem very left. They are all about the Black Lives Matter movement. Gay pride. But they’re very detached from reality. They have called the cops on several of the neighbors, including us, claiming that we are plotting against them. It’s really weird to see that they are willing to be so aggressive toward somebody else who is also a lefty.”

Democrats say he ran conservative websites… From the bus?

DePape is a homeless drug addict who sometimes stays in the broken-down bus outside the home. Here is a photo of the home where Depape would come stay to get off the street. 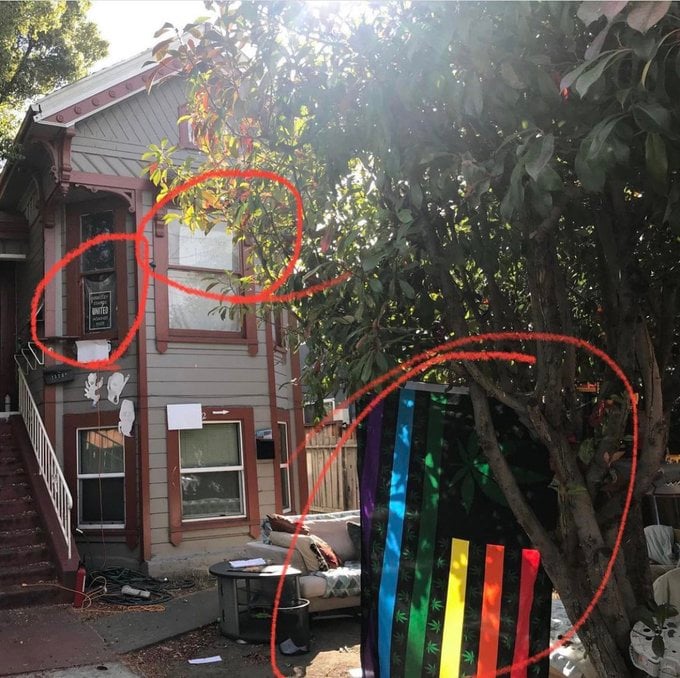 Here is the bus that

The post This Is Bus Where David DePape Stayed – The Man Who Authorities Say Broke Into Pelosi’s Home and Organized a Kidnapping While Running a Conservative Website appeared first on The Gateway Pundit.