Obama To Campaign *Without Biden* For Katie Hobbs And Mark Kelly In Phoenix, Arizona 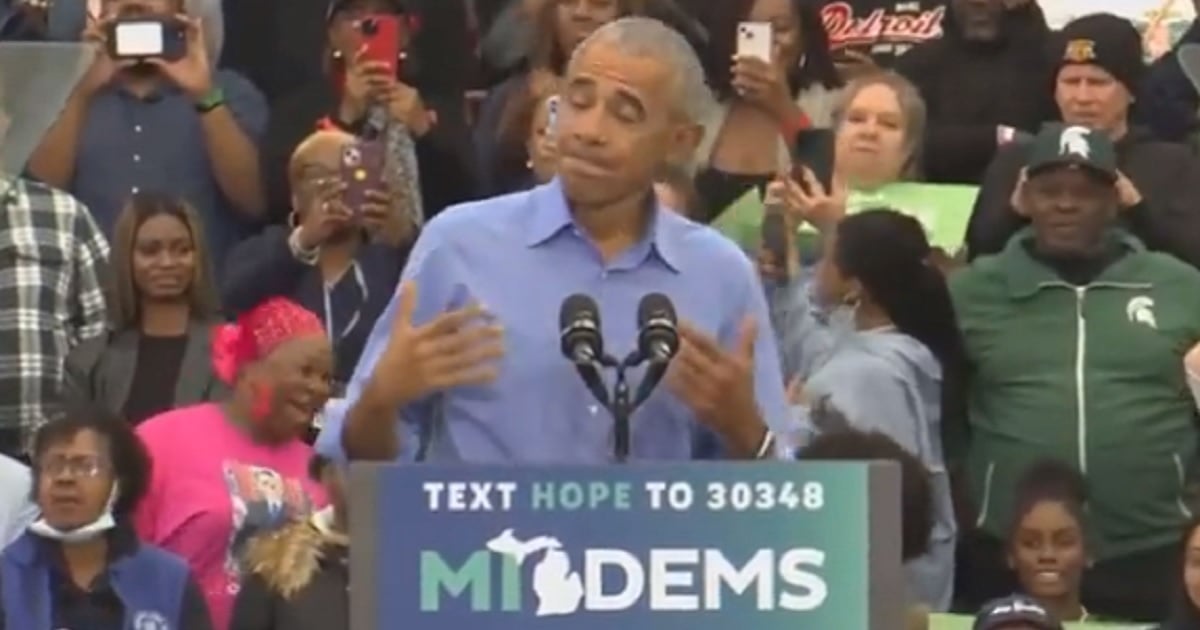 Former President Barack Obama is going to Phoenix to campaign for Democrats this week ahead of the midterm elections on November 8.

The Gateway Pundit recently reported that Obama threw his support behind twice-convicted racist Katie Hobbs in the race for Arizona Governor, despite her horrific record of racist actions and discrimination.

More recently, The Gateway Pundit reported on new photos which show that Katie Hobbs embraced slavery by participating in and leading her high school’s ‘slave day’ tradition, where students were led around by collar and chain to be sold off at auctions just like the Democratic slave trade of the 1800s.

Talonya Adams, a victim of Katie Hobbs’ racial discrimination in the workplace, previously called on Katie Hobbs to resign from office and drop out of the race for Governor, saying, “she has no place in government.” Adams said, “ the [Hobbs] endorsement of Barack Obama is the greatest disappointment.” She continued by calling it “shameful.”

The Democrats are so worried that they might lose these races in Arizona as Katie Hobbs trails Trump-Endorsed Republican Kari Lake by 11 points in the latest FOX 10 poll.

This is not Obama’s only campaign stop this week. The Gateway Pundit reported that the desperate Democrats are sending Obama and Joe Biden to Pennsylvania to campaign for Josh Shapiro, who refuses to debate Doug Mastriano, and John Fetterman.

Nervous Democrats Sending Obama And Biden To Campaign In Pennsylvania

Obama will campaign at a Mission for Arizona rally with Katie Hobbs and Mark Kelly on Wednesday in Phoenix at an unspecified location.

From Mission for Arizona:

Join President Obama, Senator Mark Kelly, and Secretary of State Katie Hobbs, and Arizona Democrats in Phoenix on Wednesday, November 2nd for a Get Out the Vote Rally!

There’s so much at stake in this election, and it’s imperative that we vote early to elect Arizona Democrats up and down the ballot. Sign up to hear directly from special guests, and learn more about how you can get involved with organizing efforts TODAY.

ADDITIONAL DETAILS: Senator Mark Kelly and Secretary of State Katie Hobbs to speak at the event as well.

The Gateway Pundit reported that Katie Hobbs’ twin sister, a Mission for Arizona employee, told an undercover Project Veritas Action journalist that Democrats donated to Trump-Endorsed primary candidates thinking they would be earsier to beat in the general elections. Becky Hobbs also revealed that she falsely registered as a Republican to interfere in the Arizona Primary Election.

The post Obama To Campaign *Without Biden* For Katie Hobbs And Mark Kelly In Phoenix, Arizona appeared first on The Gateway Pundit.

JUST IN: Trump Asks Supreme Court to Block House Committee From Getting His Tax Returns