With just over a week until election day, the mood of the country portends doom for the party in power–the Democrats. A new CBS News Battleground Tracker/YouGov poll shows 79 percent of Americans believe the country is “out of control” with only 21 percent saying things are “under control.” The poll also shows a sharp break by independents to Republicans took place over the past two weeks. 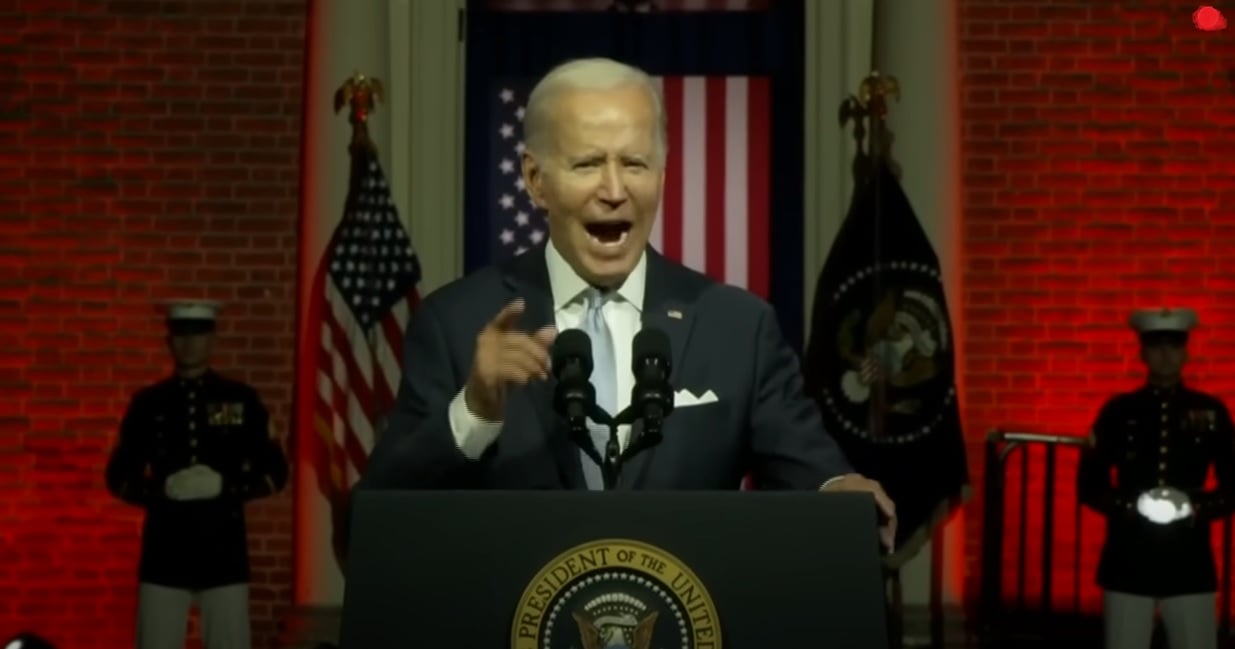 Since unleashing Dark Brandon on the nation, Democrats’ polling has taken a nose dive.

That doesn’t bode well for the party in power: Reps are winning those who say “out of control” right now. pic.twitter.com/5UKOA0VviP

The views on the direction of the country and state of the economy are almost as bad.

In the generic Congressional ballot preference question, Republicans have a two point advantage, 47/45 over Democrats.

Independents favor Republicans by an astonishing 49 percent to 33 percent. Two weeks ago the Democrats were favored 40 percent to 38 percent.

Prices with Democrats in Control
Go Up — 57%
Go Down — 8% pic.twitter.com/ZEXlPdjZnK

The poll also shows a dramatic shift by Hispanic voters toward Republicans as compared to the 2018 midterm elections.

With just over a week to go before the midterm elections, the latest CBS Battleground tracker poll finds Republicans within single digits among Hispanics.

Context: The same poll gave Democrats a 24-point lead with Hispanics at this point in 2018. pic.twitter.com/53zXSf4wca

The poll offered a myriad of questions across many topics. One response that stood out was the failure of the Biden administration to buy political support by draining the Strategic Petroleum Reserve to lower gas prices at the pump after Biden polices raised them by several dollars per gallon. Only 11 percent credit Biden and the Democrats for the price of gas while 52 percent blame them (similar numbers for the economy).

This comes as more than half of voters blame Biden and the Dems for the economy and gas prices. pic.twitter.com/SKVXH4GwqQ

The post Shock Poll: Nearly Eight of Ten Americans Believe Country Is “Out of Control”; Independents Break Hard to GOP appeared first on The Gateway Pundit.