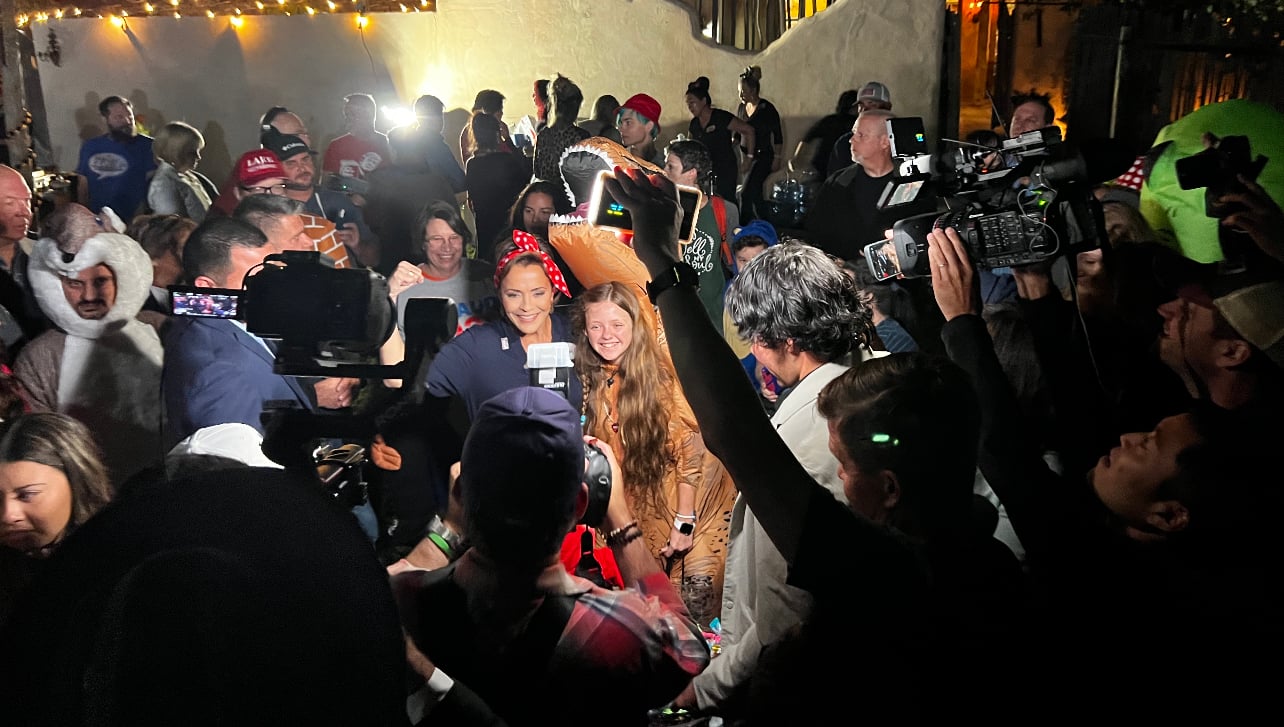 Hundreds of patriots and their families turned out in costumes for this fun event with their Trump-Endorsed candidates.

Kari Lake shared the following information on this event with candy, games, costume contests, and a rally.

There’s still time left to register for our Halloween Bash! Join @KariLake, @bgmasters, and @AbrahamHamadeh in Mesa at 6 PM for a great event!

The Gateway Pundit reported yesterday that Kari Lake and Abe Hamadeh took on the radical left fake news media outside of Kari Lake’s office, where they exposed how fake news is made. Democrat Katie Hobbs currently trails Trump-Endorsed Republican Kari Lake by 11 points, and the fake news media recently ran with a bogus story accusing Kari Lake of inciting a petty theft burglary at pro-defund the police Katie Hobbs’ campaign office in an attempt to help the failing leftist.

MUST SEE: Savage Kari Lake Gives A “Tutorial In How Fake, Bogus, Defamatory News Is Made” – Then Takes Important Question from Local Gateway Pundit Reporter

Scariest outfit of the year

We reported earlier this month that Katie Hobbs appeared at a Hispanic gubernatorial forum where she struggled and fumbled her words when asked to name one good thing about the Hispanic community in Arizona.

More recently, The Gateway Pundit reported on new photos which show that Katie Hobbs embraced slavery by participating in and leading her high school’s ‘slave day’ tradition, where students were led around by collar and chain to be sold off at auctions just like the Democratic slave trade of the 1800s.

Students for Kari Lake are at the rally in Mesa dressed up as Chicken Katie Hobbs and “Where’s Waldo?” to troll Hobbs for chickening out of a debate with Kari Lake.

There is something wrong with Katie Hobbs.

Hobbs has been running from reporters for years now. She is running her campaign from her basement and refuses to debate Republican Kari Lake out of sheer terror. She is a chicken, and voters are wondering, “where’s Katie?”

Watch the rally live with Lake, Blake, and Abe below: