MUST SEE: Greg Kelly Goes There – Questions Narrative of Paul Pelosi Beating by Berkeley Man in His Underwear (VIDEO) 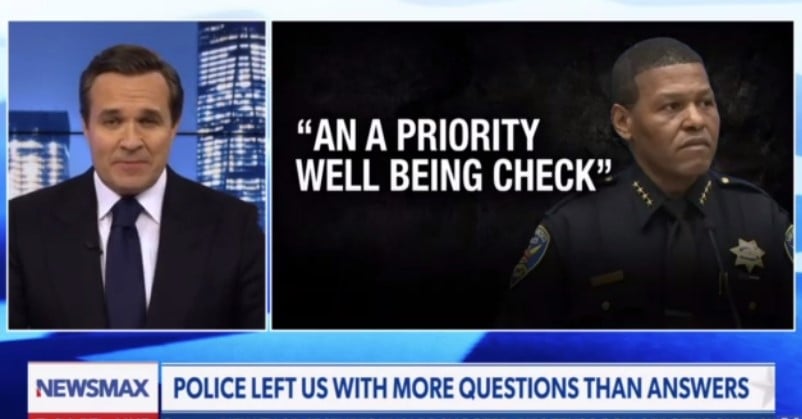 Paul Pelosi, husband of Nancy Pelosi was violently attacked with a hammer in his San Francisco home early Friday morning.

Both men were hospitalized.

According to NBC News, Paul Pelosi was taken to Zuckerberg San Francisco General Hospital where he underwent brain surgery.

The attack reportedly took place after 2:20 AM.

And David Depape was in his underwear when the police arrived. Greg Kelly is not buying the story and has several questions on the official narrative:

What is an “a priority well being check?”  It typically means someone is worried about an individual and makes a call to police.

Why were both holding the hammer? What’s happening? Police did not say they were struggling.

Why did the assailant David Depape need to go to the hospital?  What were his injuries?

The SFPD are working with the DOJ, FBI, Capitol Police, and San Fran District Attorney. All very liberal organizations

The motive for the attack is still being determined.  Seems strange. Police does not mention the man screaming out Nancy’s name.

Why was the man in his underwear?  What was going on?

Depape was charged with elder abuse.  The crime typically involves any relationship where there is an expectation of trust.  Did the two know each other?

The post MUST SEE: Greg Kelly Goes There – Questions Narrative of Paul Pelosi Beating by Berkeley Man in His Underwear (VIDEO) appeared first on The Gateway Pundit.

Did General David Petraeus Let The Ukrainian Cat Out Of The Bag?

Joe Biden Claims He Personally Spoke to the...