THE POLITICAL PRISONER PODCAST: This Week Jake Lang Interviews from His Prison Block Jake Lang was nearly killed on January 6th when he was gassed and smothered in a huge pile of people on the steps of the US Capitol.  The woman beside him, Rosanne Boyland, was killed that day.  She was gassed and crushed in the pile.  Capitol Police Officer Lila Morris was filmed beating Rosanne with a stick after she was passed out.  While Jake was buried under the pile, Capitol police continued to push protesters on top of him.  Jake also saw Philip Anderson’s limp body laying next to Rosanne Boyland. Jake was able to pull Anderson to safety and save his life that day.  Later Jake was seen battling with police who continued their deadly assault on Trump supporters.

Today, Jake Lang languishes in prison, alone, for 20 hours a day.  Jake was recently transferred to a top security prison where he is held with convicted murderers and violent criminals in the same block.  Jake has not been convicted of a crime.  He has been held in prison by the Biden regime for nearly two years now.  Democrats celebrate this.

On several occasions, Jake has been cast into solitary confinement without any justification. Jake has been transferred to eight different detention facilities over the course of the last 22 months.

“The Political Prisoner Podcast” will air each week, when possible, on The Gateway Pundit.  This recorded call allows Jake to do what he can to spread hope and truth while he awaits his fate at the hands of a Washington DC kangaroo court.

We are honored to provide this podcast and Jake’s story to our fellow Americans.

Our thanks to Jake Lang for this incredible courage and strength. 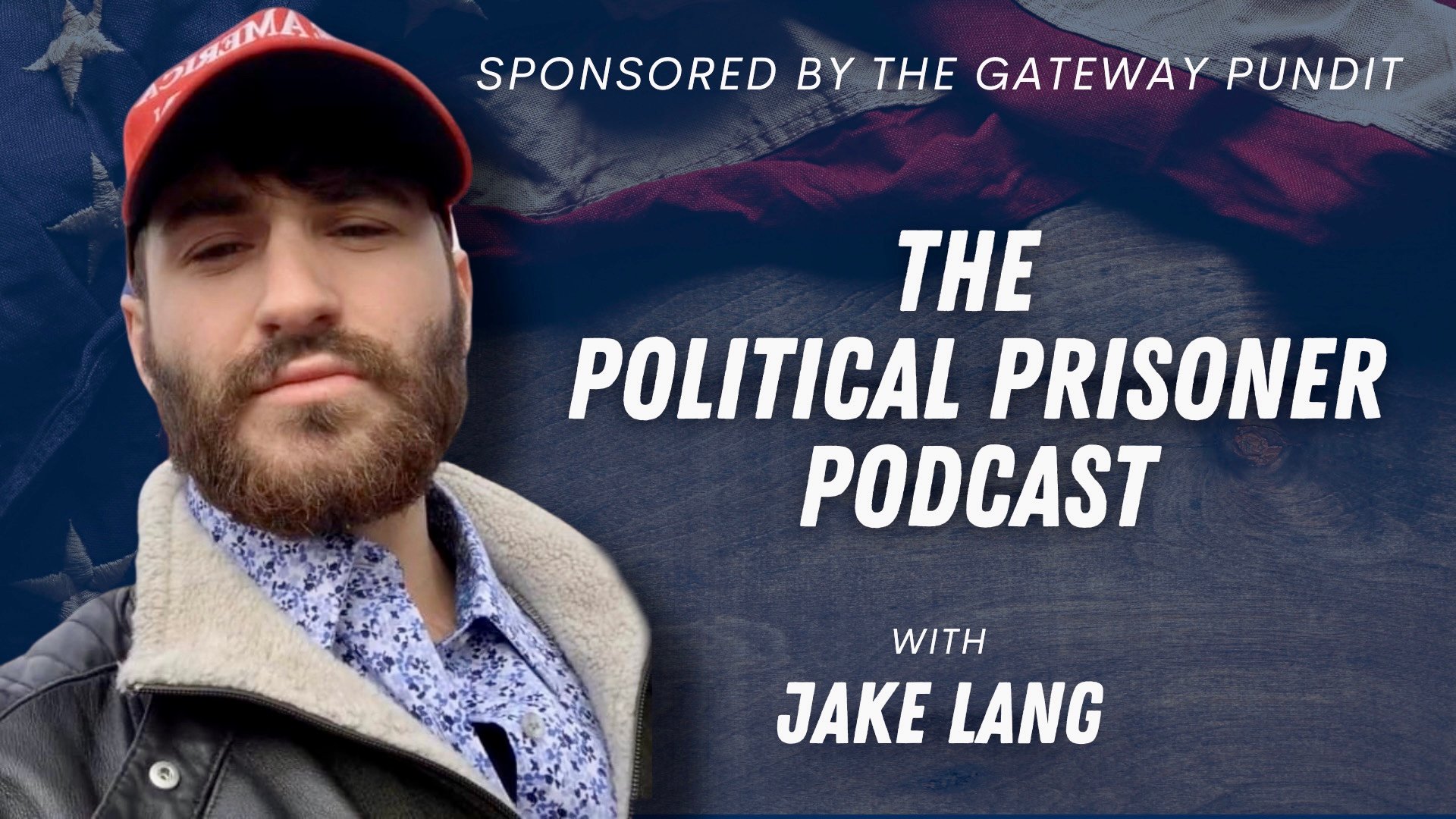 The post THE POLITICAL PRISONER PODCAST: This Week Jake Lang Interviews from His Prison Block appeared first on The Gateway Pundit.