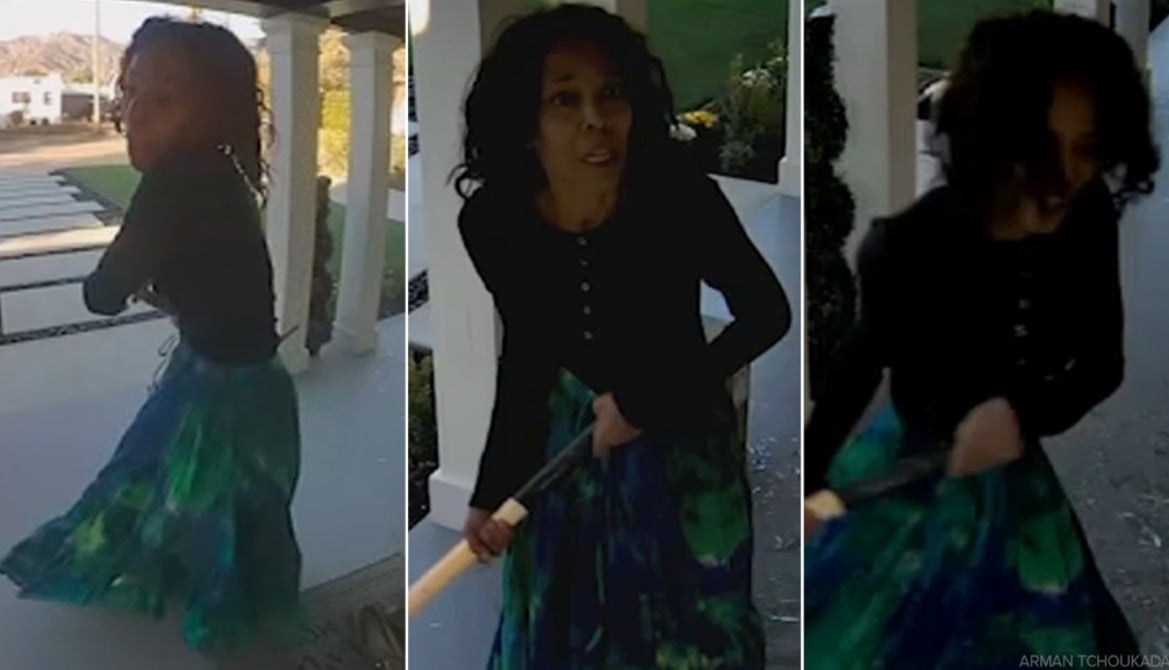 Pasadena, California – A 65-year-old woman smashed a homeowner’s windows in a terrifying rampage on Monday.

The homeowner’s newborn baby was sleeping in a bassinet next to one of the front windows.

The grandmother was home at the time babysitting her 6-week old granddaughter when she heard the attacker smash one of the windows.

The grandmother quickly jumped into action and grabbed the baby out of the bassinet and rushed to the back of the home.

The homeowner and father to the newborn, Arman Tchoukadarian, became emotional as he recalled the horrifying attack to Eyewitness News.

“My mother-in-law’s first instinct was to grab the baby,” said Tchoukadarian. “Two seconds later, all you see is huge shards of glass in the bassinet where she would be. It was miracle she reacted fast enough or else my daughter would be dead.”

The attacker, Beverly Baker, was taken into custody after a 30-minute standoff.

“Everyone’s still shaken up,” said Tchoukadarian. “We built this house from scratch. We put all our savings into this house because it’s a nice neighborhood. We grew up here, and this is how we get welcomed to the neighborhood.”