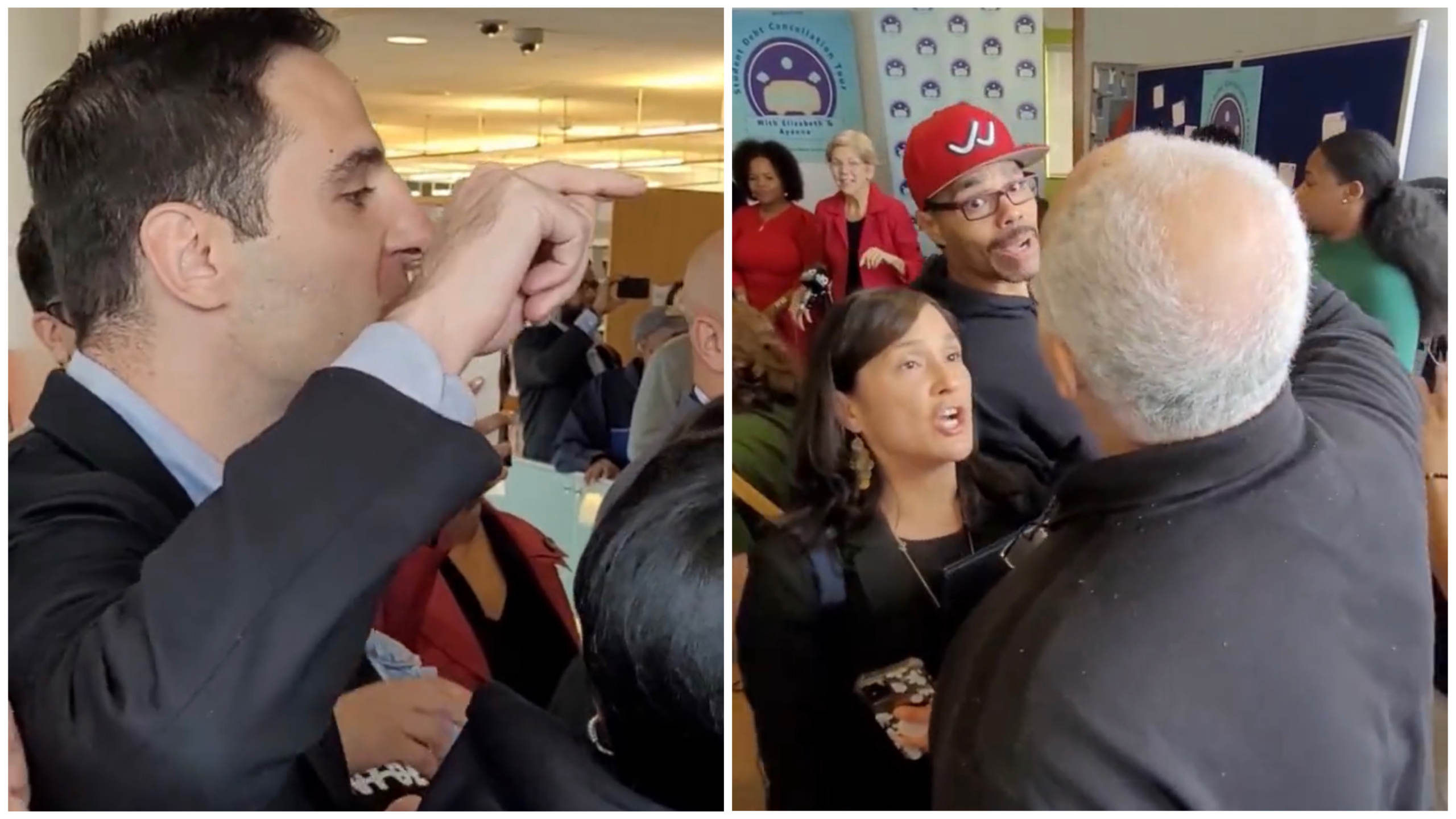 The two Democrats visited Boston, Brockton, Worcester, and Springfield to push loan forgiveness that was recently paused by a court.

The court granted an emergency stay barring the discharge of any student debt until the court decides on a request for a longer-term injunction.

Despite the court ruling, Warren and Pressley urged Mass. borrowers to apply for student debt relief.

“Senator Warren and I are committed to spreading the word and encouraging folks across Massachusetts to access this essential relief,” said Representative Ayanna Pressley. “It was great to be in community along with advocates and help constituents apply for student debt cancellation in real-time. The application takes just a few minutes, and we encourage everyone eligible to apply.”

“I was delighted to see many Massachusetts constituents and local and state officials across my student debt tour with Congresswoman Ayanna Pressley,” said Senator Elizabeth Warren. “Over 800,000 hard working people in Massachusetts can now apply for student debt relief and I was grateful to discuss this life-changing opportunity with communities in Massachusetts.”

But they didn’t expect this!

Two antiwar protesters, Sam Net (@samprometheus) and Bill Ferguson, interrupted their Socialist fest to scream at them for their support of the nuclear war with Russia.

“Senator, you have got to stop funding a Nazi-infested Ukraine regime,” one protester said. ” You are bringing us to the brink of nuclear war. You have gotten those billions could be used for a lot of good things here in the US. Instead of funding Nazis in Ukraine, they’re preparing a dirty bomb to detonate and blame on Russia.”

“I’m here to make sure billion of lives are saved instead of getting into a nuclear war,” he added. “No– Nuclear war– Yes, I am black and brown too, and I don’t want them to die in a nuclear war. My tax money is funding because the Congress and the Senate are funding Nazis in Ukraine.”

“Do you want a nuclear war? A nuclear war will cancel your debt and your life.”

“I have sent letters. I have sent emails, I made calls. They refused to respond. We are marching to nuclear war behind schools, in political office. They have got to stop it. Nuclear war is the issue!” he said before he was kicked out of the room.

After the first protester was kicked out, another man stepped in and took over, “None of this matters if there’s a nuclear war and you all die.” He was met with boos from the Democrats.

Democrats are the war party now.  They lust for war with nuclear Russia.

Some friends of mine (@samprometheus & Bill Ferguson) in Boston confronted @SenWarren & #TheSquad member @AyannaPressley on the nuclear war issue. The Congresswoman has been shown to be a coward & Warren an even bigger one. Will they allow us to die in a nuclear holocaust? pic.twitter.com/vf34NIQ6a5

Twitter user Sam Net posted on his account following the incident, “the 2018 omnibus spending bill made it illegal to use funds to provide arms, training, and assistance to the Azov Battalion, yet Sen. Warren and Ayanna Pressley have voted without hesitation to send $60+ billion in weapons and funding to Ukrainian extremists.” REPORT: CNN Employees Nervous As More Cuts Are Coming At The Network