JUST IN: Elon Musk Enters Twitter Headquarters with a “Sink” Ahead of Expected Deal Closing – Updates Bio to “Chief Twit” 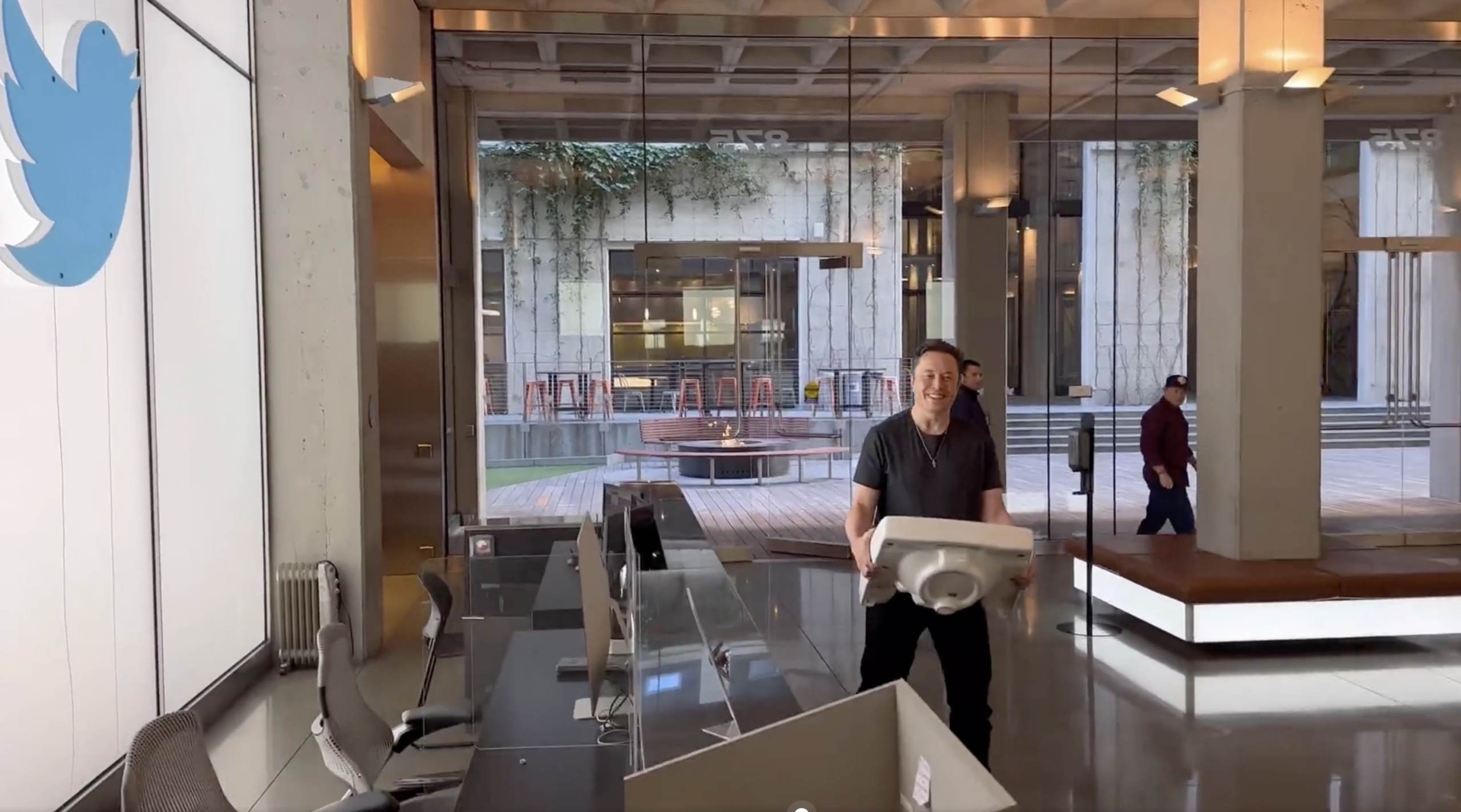 On Monday, Elon Musk reportedly spoke with the banks assisting in his acquisition of Twitter via a conference call, telling them he planned to close the deal by Friday.

On Tuesday, the employees of Twitter made a list of demands for their new boss who is scheduled to take over the company on Friday.

In response to Musk’s plans for firing the bulk of the far-left workforce, the Twitter team released a list of demands for current and future leadership.

They are also worried Elon firing employees “will hurt Twitter’s ability to serve the public conversation.”

It can be recalled that once Elon Musk’s $44 billion transaction for the social network is completed, he will reportedly terminate approximately 75% of Twitter’s staff, which equals 5,500 employees to reduce the size of the workforce to over 2,000.

“The mega-billionaire has told potential investors in the Twitter deal that he plans to lay off almost 75% the company’s staff, or about 5,500 employees, to reduce the size of its workforce from 7,500 to just over 2,000, the Washington Post reported, citing anonymous sources and documents,” Variety reported.

On Wednesday, Elon Musk arrived at Twitter’s headquarters in San Francisco, California with a ‘sink.’

He posted the video on his account with the caption, “Entering Twitter HQ – let that sink in!”

On the same day, Elon Musk changed his Twitter bio to “Chief Twit” following the rumor that he will take over the social media giant on Friday.

This is a developing story: We’ll update the story as we learn more.

The post JUST IN: Elon Musk Enters Twitter Headquarters with a “Sink” Ahead of Expected Deal Closing – Updates Bio to “Chief Twit” appeared first on The Gateway Pundit.

Finding It Hard To Fall Asleep? You’re Not Alone

DEMONIC: John Fetterman Was ONLY VOTE in Failed...

IMF Says the Worst Is Yet to Come...