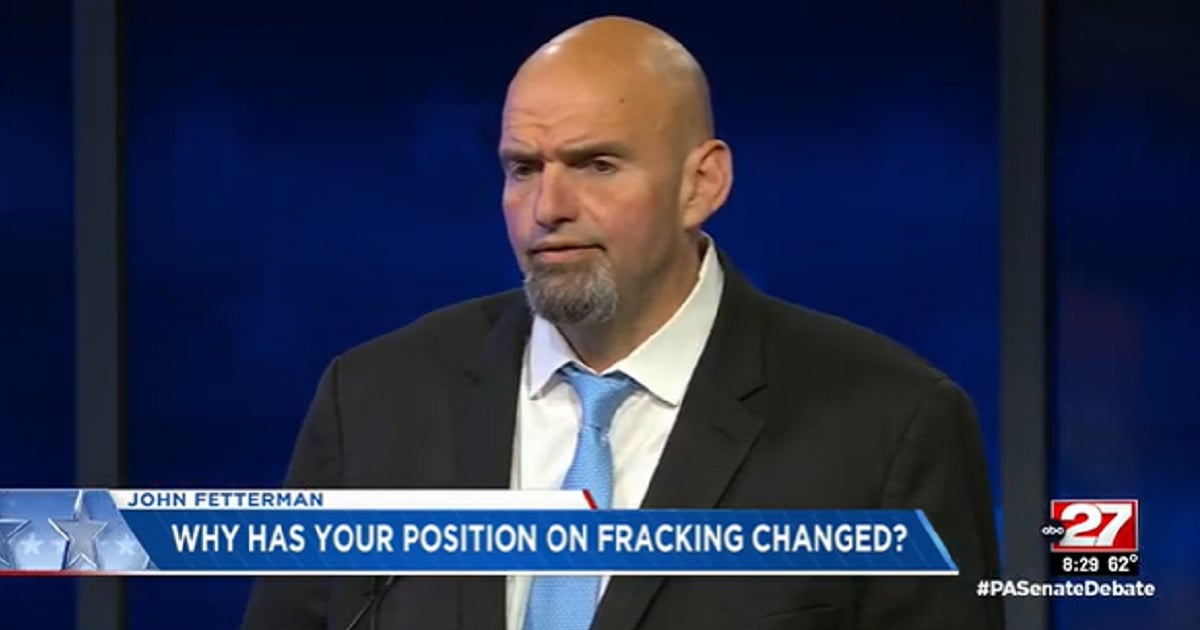 John Fetterman: “My doctoral believes that I’m fit to be serving and that’s what I believe is where I’m standing.”

John Fetterman just had an outburst interrupting Dr. Oz, seemingly having nothing to do with what he was saying:

“You roll with Doug Mastriano!” pic.twitter.com/SQTJKXPb2W

Following the debate, Fetterman’s campaign issued a statement claiming Fetterman did “remarkably well”, but criticized the closed captioning (via Axios):

“We are thrilled with John’s performance. He did remarkably well tonight – especially when you consider that he’s still recovering from a stroke and was working off of delayed captions filled with errors.”

Debate host Nexstar was having none of it, blasting Fetterman for not taking advantage of both dry runs offered to the Fetterman and Oz campaigns before the debate.

The statement was re-released Wednesday morning:

Statement from our parent company, @NXSTMediaGroup, in response to the @JohnFetterman campaign claiming he was “working off of delayed captions filled with errors” during last night’s Pennsylvania Senate debate on @NewsNation pic.twitter.com/PUT5ELfQ0C

We are prepared for Oz’s allies and right-wing media to circulate malicious viral videos after the debate that try to paint John in a negative light because of awkward pauses, missing some words, and mushing other words together. The captioning process may also lead to time delays and errors in the exchanges between the moderators and the candidates. In fact, because the captions are going to be typed out by human beings in real-time, on live TV, some amount of human error in the transcription is inevitable, which may cause temporary miscommunications at times. It is impossible to control and unavoidable. That’s OK – what matters is that people get to see and hear John’s values.

“John has had a remarkable recovery, but the ongoing auditory processing challenges are real. The campaign insisted on closed captioning technology because it’s necessary. But he’ll be open and upfront about those challenges, just like he has been in interviews and at rallies for the past few months. John knows this will not be easy, but he is showing up because Pennsylvania voters deserve to hear from their candidates for the Senate.

Joe Biden to Far-Left Reporters: “A Lot of You Come From Backgrounds Like I Came From. We’re Not Poor” (VIDEO)