Nervous Democrats Sending Obama And Biden To Campaign In Pennsylvania 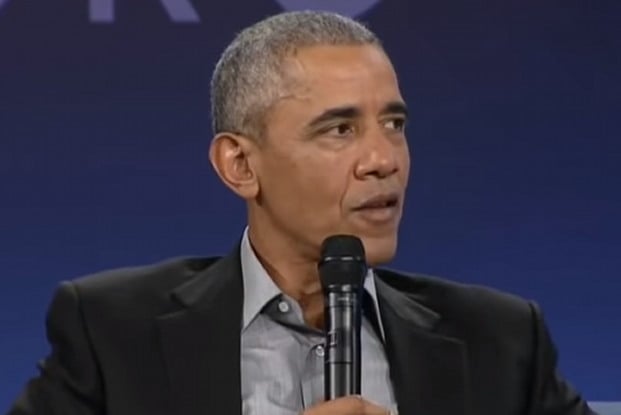 Democrats must be very worried about the midterm races in Pennsylvania because they’re sending Obama and Joe Biden to campaign there.

They would never bother to do this if they were confident about their chances.

There’s a lot at stake here. A senate seat and a governor’s race.

Scoop: Democrats deploy Biden and Obama to lock down Pennsylvania

President Biden and former President Obama will barnstorm the Philadelphia and Pittsburgh areas on Nov. 5 with the party’s nominees for Pennsylvania governor and Senate, according to a Democrat with direct knowledge of the plans.

Why it matters: In the final days before the midterms, Democrats are deploying their party’s biggest assets in Pennsylvania. The state, which was critical to Biden’s 2020 election victory, could determine control of the Senate next year.

– Lt. Gov. John Fetterman is locked in a close Senate race with Republican Mehmet Oz, while the current attorney general, Josh Shapiro, has maintained a lead over state Sen. Doug Mastriano in the governor’s race.

The big picture: While Biden has been forgoing large political rallies that became the signature midterm political move for his predecessors, he has made several trips this year to Pennsylvania, where Fetterman hasn’t shied away from appearing with him.

– On Oct. 28, Biden and Vice President Kamala Harris will fundraise with Fetterman at a Pennsylvania Democratic Party dinner. Biden visited the state last week as well.

The internal polling for Democrats must be awful for them to be doing this.

CBS News has confirmed that Pres. Biden and Pres. Obama are expected to be in PA in early November, per 3 Dems briefed. Underscores how important this battleground remains for both parties in the final lap. First reported by @HansNichols. https://t.co/F2LAkQxK9w

Can you imagine how embarrassing it would be for Democrats if they end up losing here anyway?

The post Nervous Democrats Sending Obama And Biden To Campaign In Pennsylvania appeared first on The Gateway Pundit.

FAKE NEWS On the Warpath: These Mainstream News...

Samuel Bankman Fried May Have Started the Demolition...