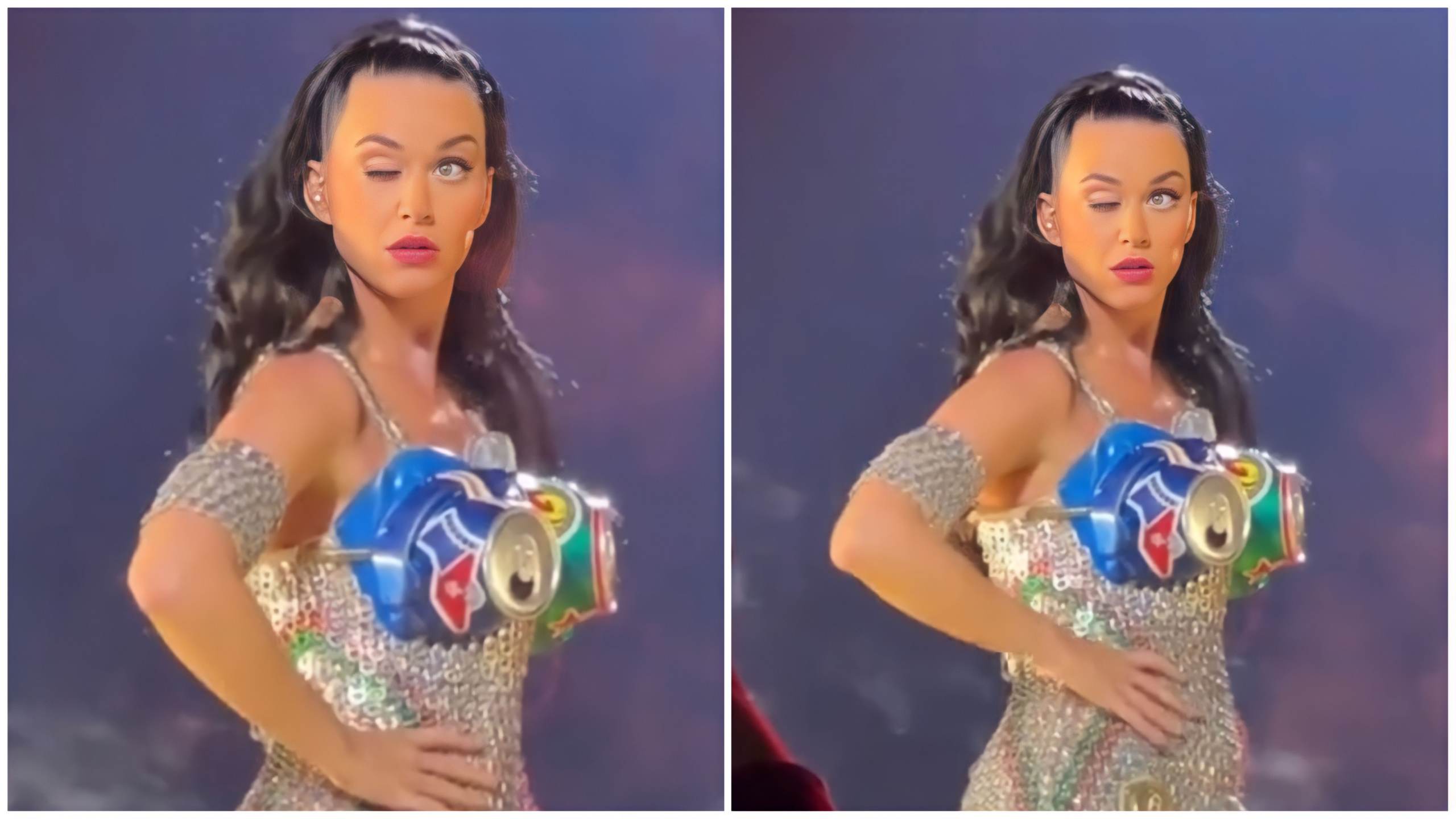 As part of her new residency at Resorts World Casino in Las Vegas, pop superstar Katy Perry performed there throughout the entire month of October.

However, a strange incident occurred during the show that has people speculating.

In a now-viral video, Katy Perry seemed to suffer from facial paralysis, spasm, or facial nerve palsy. The facial nerve controls the muscles responsible for closing the eyelids.

In a strange moment, Katy Perry’s right eyelid kept closing as she did the pose at the end of her performance.

The 26-second clip shows Perry’s right eyelid closing four times before she opens it by touching her temple.

One user commented, “The first time the eye slowly closes while the other one is wide opened. This is one of the strangest things I’ve ever seen.”

Another said, “either she pretended really well or this is one of the most convincing glitches ever. The way her eye went normal when she touched by it.”

Another user said, “What the hell is wrong with her? Too much glue on her eyelash or computer glitch?”

Back in 2021, Katy Perry revealed on American Idol that she has a “wonk eye,” Newsweek reported.

“I have a wonk eye as well, and I used to be worried about it,” she shared. “Then a bunch of my fans created a fandom over my wonk-eye. I even have a fandom that calls itself, ‘Katy’s wonk-eye.’”

“It’s my right eye. So just celebrate all that stuff. Don’t worry about it,” she added. 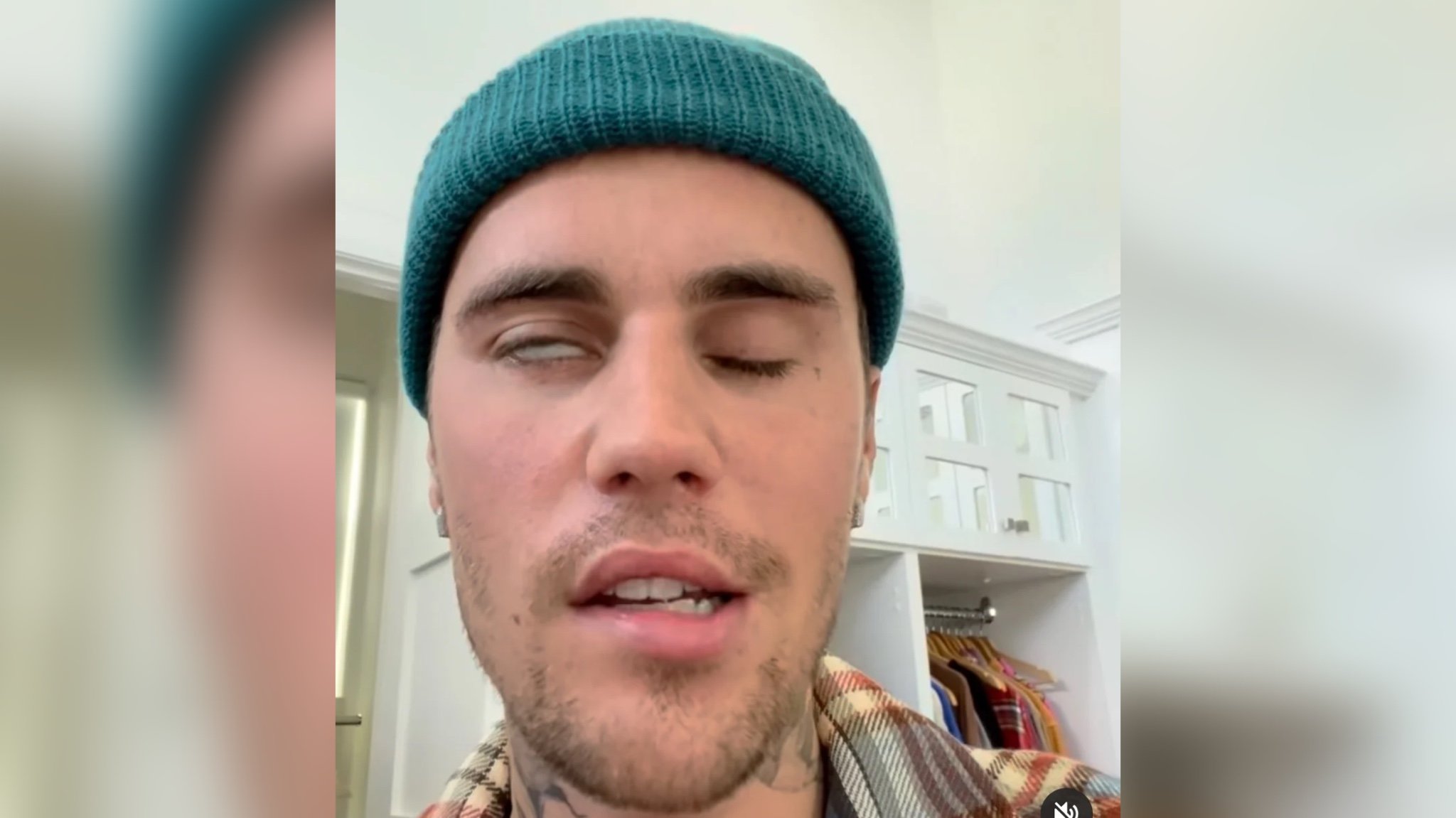 Earlier this year, Canadian singer Justin Bieber shocked his fans on Friday when he revealed he has been experiencing facial paralysis due to a rare virus.

The 28-year-old said he had been diagnosed with Ramsay Hunt syndrome.

“Ramsay Hunt syndrome occurs when a shingles outbreak affects the facial nerve near one of your ears, according to Mayo Clinic. It can cause painful shingles rash, facial paralysis and hearing loss in the affected ear.” KTLA reported.

“As you can see, this eye is not blinking. I can’t smile on this side of my face. This nostril will not move,” Bieber said in a video posted to Instagram.

“So for those who are frustrated by my cancellations of the next shows, I’m just physically, obviously, not capable of doing them,” he said. “This is pretty serious, as you can see. I wish this wasn’t the case. But obviously my body’s telling me I got to slow down.” 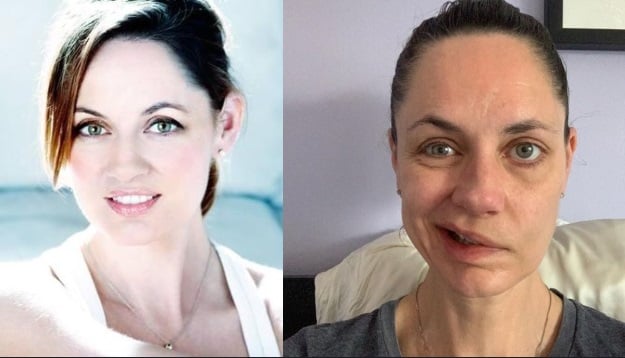 Weeks later, the actress posted a video on social media documenting the paralysis of half her face.

“It’s kind of hard to make… as I’m watching myself, ” she continues as her eyes water and half of her face droops down. “I have been diagnosed with Bell’s Palsy, which is paralysis on side of the face.

This video by Canadian actress Jennifer Gibson is disturbing in many ways. pic.twitter.com/GEpa5RIoPA