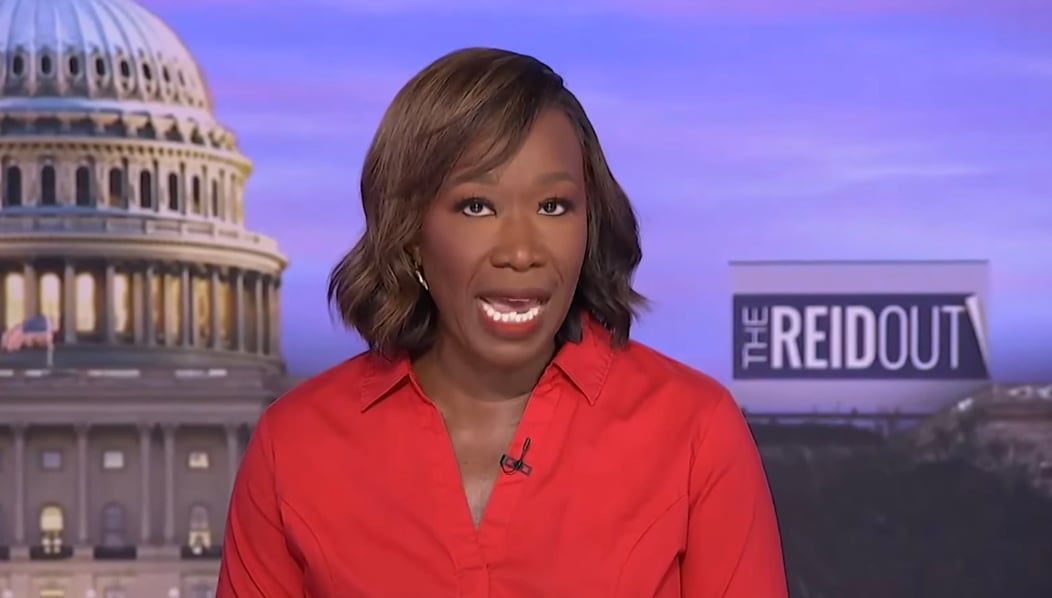 MSNBC’s Joy Reid and The Atlantic’s Jemele Hill are in full meltdown over reports that Hispanic support for Florida Governor Ron DeSantis is rising.

A recent poll for Telemundo/LX news, conducted by  Mason Dixon Polling and Strategy, reveals DeSantis leading Crist by 51% to 44% statewide among Hispanic voters, with 56% approving of the job the governor is doing.

Cuban-Americans favor DeSantis by 72% over Crist.

Reid and Hill can only think of one reason why this shift to the right is happening.  Racism.

Reid sees racism behind every bush.  When Governor DeSantis warned potential looters to beware because Florida is a Second Amendment state, Reid tweeted that his remarks were a racist threat from a segregationist.  “When the looting starts, the shooting starts.”—segregationist Miami sheriff Walter E. Headley, 1967. Didn’t take DeSantis long to return to form.”

The two far-left race obsessed pundits went on Twitter tirades attacking the Hispanic community for daring to support a candidate the left has not sanctioned for them.

NBC News reported Friday that Florida Democrats were growing concerned over the Republican politician’s popularity among Latino voters ahead of the midterm elections. In fact, some suggested that DeSantis’ standing with Hispanics could propel him to be the first Republican governor to win Miami-Dade County since Jeb Bush in 2002.

“[Mi Vecino co-founders Alex] Berrios and [Devon] Murphy Anderson said they have held over 2,000 conversations with Hispanic voters in Miami-Dade. Aside from high enthusiasm for DeSantis among Republicans, about 29% of those with no party affiliation and 25% of Democrats said they were voting for DeSantis,” Carmen Sesin wrote.

This wouldn’t surprise me at all. The Proud Boys have all but merged with the Miami Dade Republican Party. Sociopolitically, Florida is basically morphing into Brazil. https://t.co/W7Xk1GPi6y https://t.co/J1BxxTCM4f

That proximity to whiteness is a real thing. Also reminds me of an adage I heard a long time ago about how the oppressed begin to take on the traits of the oppressor. https://t.co/5xx5PzRHUE

It’s terrifying how many Americans will choose literal fascism, female serfdom, climate collapse and the reversal of everything from Social Security & Medicare to student loan relief bc they think giving Republicans the power to investigate Hunter Biden will bring down gas prices

Joe Biden Says the Quiet Part Out Loud: Republicans in Congress Still Preventing Funding We Need to Stay Vigilant Ahead of the NEXT VIRUS (VIDEO)

LOST AND CONFUSED JOE BIDEN Lashes Out at “MEGA” Republicans in Latest Speech – Then Does It Again …WTH Joe?

“The Blood of Our Youth Is Dripping From...