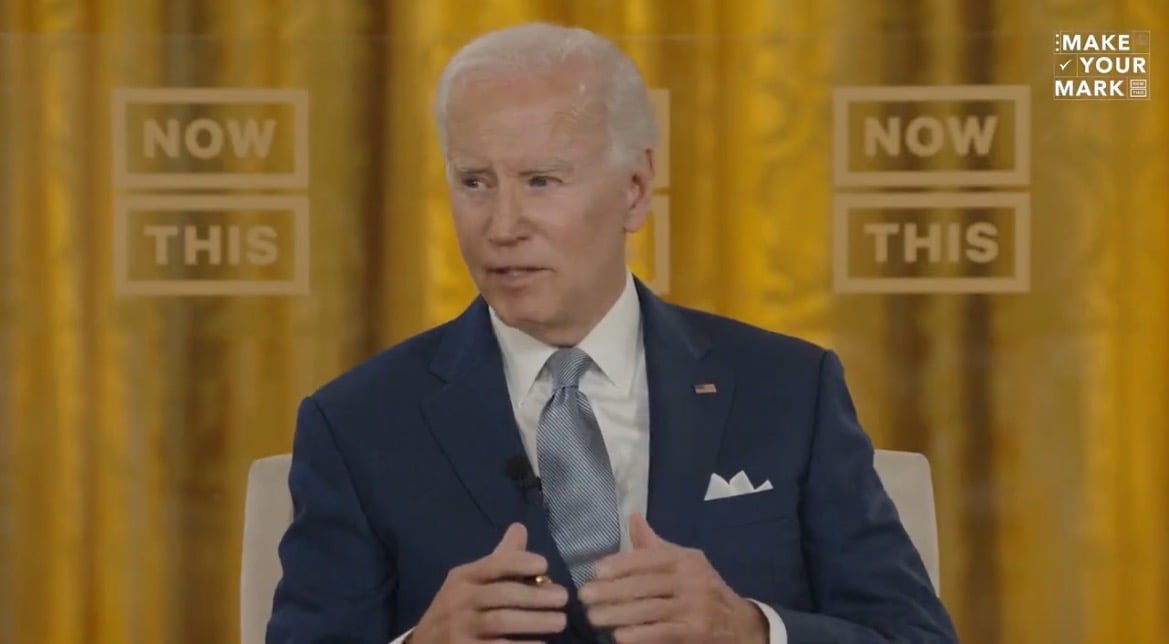 Joe Biden on Sunday participated in a sit-down interview with NowThis ‘Make Your Mark’ to discuss the midterms and the failing Democrat agenda.

The entire interview was a dumpster fire.

Biden relied on notecards to get through the discussion because his brain barely works.

Dylan Mulvaney, a transgender ‘activist’ (biological male) and raging misogynist who mocks women for a living, asked Joe Biden if it is wrong for states to ban sex reassignment surgery for children (genital mutilation).

Biden said he believes it is wrong for states to ban puberty blockers for children.

“I don’t think any state or anybody should have the right to do that. As a moral question and as a legal question,” said Biden.