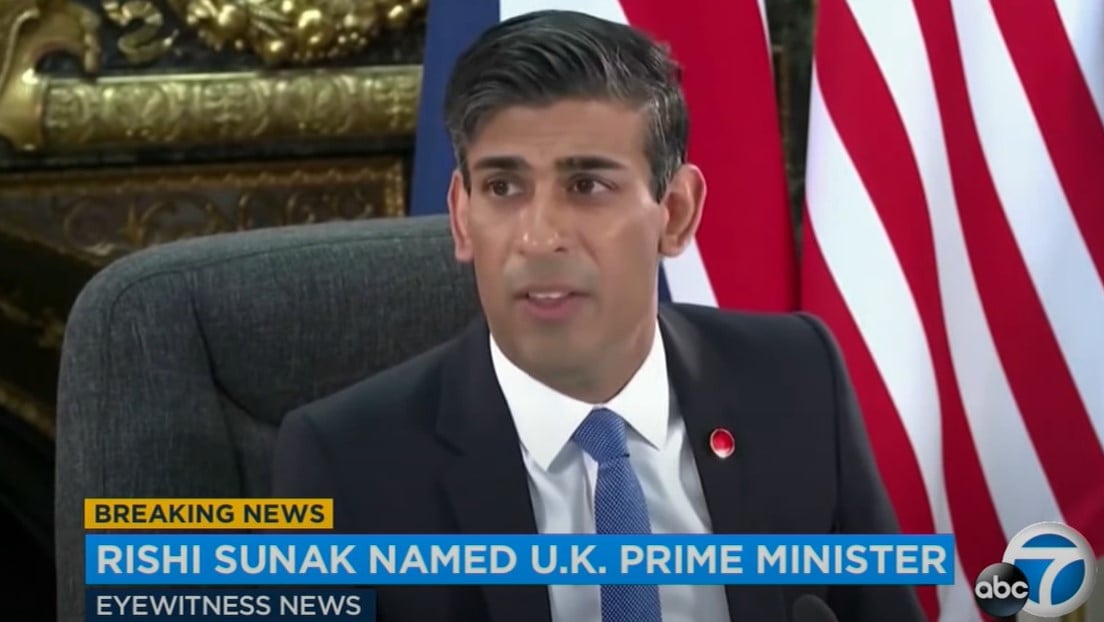 The 42-year-old former finance minister will be the first will be Britain’s first Hindu prime minister.

BREAKING: Rishi Sunak is new UK Prime Minister. He’ll be the first British-Asian PM & first Hindu PM, and at 42, the youngest PM in modern times. I’ve backed @RishiSunak for a long time, think he’s the right guy for the job, and wish him every success. pic.twitter.com/oNfKXlk9R2

Here is the announcement from London.

Rishi Sunak will be Britain’s next prime minister.

Sir Graham Brady, 1922 committee chair, has announced Rishi Sunak has been elected leader of the Conservative Party after Penny Mordaunt pulled out of race. pic.twitter.com/MpUAMKxNfz

Former finance minister Rishi Sunak completed a political comeback Monday, when he was selected prime minister by Britain’s ruling Conservative Party, just seven weeks after he was beaten to office by Liz Truss.

Sunak, 42, will be the fifth British prime minister in six years, the third in less than two months. He is Britain’s first Hindu prime minister, and the country’s first leader of color.

He won an internal party contest to be the country’s new leader following Truss’ Oct. 20 resignation. Her tenure was the shortest ever for a British prime minister and was marked by economic turmoil. British voters elect a party, not a specific leader, meaning the ruling party has latitude to change a prime minister without calling an election. Because Sunak won the party contest, he automatically becomes prime minister.

Kari Lake Mockingly Thanks Liz Cheney for Not...