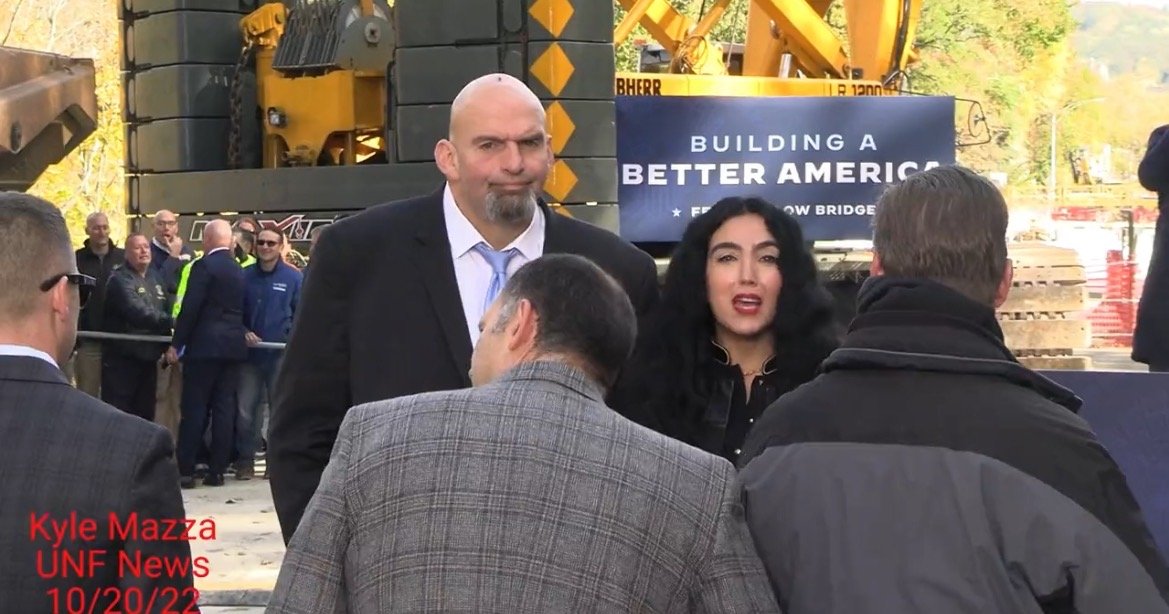 Joe Biden on Thursday traveled to Pittsburgh, Pennsylvania to deliver remarks on his admin’s plan to fix the nation’s infrastructure.

Biden was greeted by Democrat US Senate candidate John Fetterman and his handler/wife Gisele Fetterman.

⁦@POTUS⁩ arrives in Pittsburgh where he is met by Senate candidate John Fetterman (wearing a suit with long pants today) pic.twitter.com/RUslJl2wlQ

Biden spoke at the Fern Hollow Bridge on Thursday.

Recall, the Fern Hollow Bridge collapsed in January hours before Biden made a visit to the bridge.

Fetterman, who can barely string a sentence together after his massive stroke in May, didn’t speak at Biden’s stop in Pittsburgh.

A reporter asked John Fetterman a simple question about the bridge and the Pennsylvania Democrat’s wife interjected.

“Mr. Fetterman, are you satisfied with the progress of the bridge?” Universal News Forever reporter Kyle Mazza asked John Fetterman.

John Fetterman was completely mute as his wife Gisele spoke on his behalf.

I attempted to ask Lt. Gov. John Fetterman if he was satisfied on the construction progress of the Fern Hollow Bridge prior to @POTUS Biden’s speech on October 20, 2022 in Pittsburgh, Pennsylvania. Fetterman’s wife tells me that they are there to celebrate and not do interviews. pic.twitter.com/LfLaXMZTpB