EXCLUSIVE: Rep. Andy Biggs Says The New GOP Will Conduct REAL Investigations Into Jan. 6, Mayorkas, Fauci, Origins Of COVID, And Lawless FBI: “Kind Of Like A Mosquito In a Nudist Colony, There’s a Lot Of Places To Hit.” 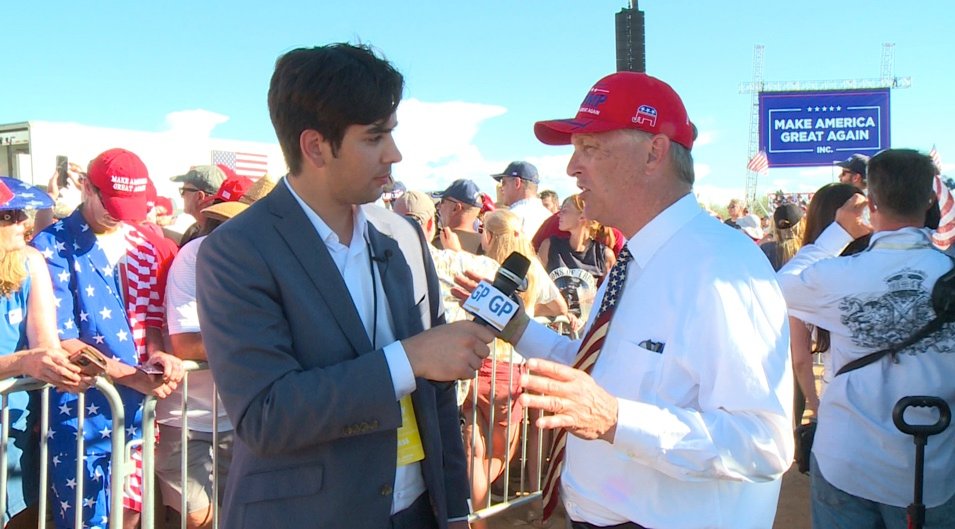 GOP Rep. Andy Biggs spoke to The Gateway Pundit earlier this month and indicated that the new GOP in Congress and the Senate will conduct true investigations into January 6, 2021.

These investigations will include the holding of political prisoners, the rogue FBI, “Dr.” Fauci and the origins of COVID, and DHS Secretary Alejandro Mayorkas. Biggs called it a “target-rich environment, kind of like a mosquito in a nudist colony.

The Gateway Pundit previously reported that Rep. Paul Gosar is on the same page. Gosar told us, “we owe it to those men and women that are held behind from J6” to probe the FBI and their involvement in the January 6 protest.

EXCLUSIVE: Rep. Paul Gosar Tells TGP About The New GOP’s Plan For A REAL J6 Investigation And Securing The Southern Border – “Democrats And Biden Are The Party Of DEATH” (VIDEO)

Andy Biggs told us that these investigations will go far beyond the FBI and January 6, suggesting that Fauci and Mayorkas will be held accountable for the COVID-19 scamdemic and the wide-open southern border.

TGP previously reported that Andy Biggs introduced articles of impeachment against Homeland Security Secretary Alejandro Mayorkas for his “reckless abandonment” of border security since his appointment to the Department of Homeland Security.

We spoke to Biggs about these congressional inquiries and the great Trump-Endorsed candidates running for statewide office in Arizona.

Arizona may have the strongest conservative candidates in the country running in the Grand Canyon State.

Kari Lake, Blake Masters, Abe Hamadeh, and Mark Finchem are expected to change the trajectory of the State by enacting America First policies in every single seat.

We previously reported that Rep. Marjorie Taylor Green spoke to us at the Arizona Trump rally about the importance of supporting these America First candidates up and down the ballot because all share the same values as Greene and President Trump.

The new GOP will stop the corrupt Department of Justice and the thugs on the January 6 committee currently targeting great Patriots like President Trump, Steve Bannon, and the rest of us.

Conradson: I spoke to Congressman Paul Gosar, and he told me that once the new GOP takes over Congress and the Senate, we’re going to be looking into doing some real inquiries into what happened on January 6. Are you in support of a real investigation into January 6?

Biggs: Yeah, I am, Jordan. The way that we’re gonna do this is we’re going to have to bring in the FBI, and we’re gonna have to get the documents from them. We’re gonna have to get into 14,000 hours of videos. We’re gonna have to get a team together and look at that. And you know, that’s one area, but we’ve got a whole truckload of areas. This is like, it’s a target-rich environment. I mean, everything from January 6 how about the January 6 prisoners, what’s going on there? How about to Fauci and the origins of COVID? How about to the politicization of the FBI and other federal police agencies? And I find myself saying this is a target-rich environment. Kind of like a mosquito in a nudist colony, there’s a lot of places to hit.

Conradson: Right, so it sounds like we’re gonna have a lot of inquiries into a lot of different governmental organizations. What will that look like exactly?

Biggs: My guess is that the Oversight Committee is gonna do some of these. The Judiciary Committee’s going to do the others, and some other committees may do some, but that’s where the lion’s share is going to be. The subcommittee chairmen are probably going to have to start the ball on some of these. Because at the same time, don’t forget, you got to get to what my Mayorkas has done to the border and whether he is susceptible, and should be impeached, which I personally think he does, which is why I introduced Articles of Impeachment over a year ago on him. So, what happens is you get the subcommittee’s going and investigating. They’re gonna get preservation letters, and we’re gonna do what we need to, to get the information. That’s what is going to happen.

Conradson: Speaking of the border, we got Kari Lake running for governor out here in Arizona. She has vowed to secure our southern border using the 10th Amendment, standing up to the federal government. But you mentioned Katie Hobbs in your speech. It was a great speech. You know, she doesn’t sound like the most intelligent person, in my opinion. What do you think Arizona would look like under the “leadership” of Katie Hobbs?

Biggs: First of all, she is a true radical, hard-left person, and if she’s the governor, she’s gonna push this state in every direction, like California, that she possibly can. We’re talking everything from the Green New Deal to letting criminals out on the streets with cashless bail, to not doing anything at the border, to you name it. Crime in the streets, encouraging sanctuary cities, you’re gonna get the transgender woke agenda and CRT in the schools. I mean, she would just be a disaster for this state, and she would do it very quickly. And we would look like California, and next thing you know, is those California businesses that come here looking for freedom, low taxes, and great regulations, they’re gonna skip over us and go to Texas.

Conradson: Right. And the same with this Democrat, Kris Mayes. She seems more interested in enforcing green energy laws than actually enforcing our current laws on the books. What do you see happening under Kris Mayes?

Biggs: Same thing. So, we need an AG like Abe Hamadeh to go in and actually bring lawsuits against the federal government to kick back. Kris Mayes is not going to do that. She wants to embrace everything that’s Biden-esque. And she’s gonna go in after the Corporation Commission and everybody else. So if we get our two guys, Nick Myers and Kevin Thompson, on that Corporation Commission, she’s gonna try to go after them and try to destroy them now. If you have Kari Lake as your Governor and Kris Mayes as your Attorney General, believe me, there’s going to be investigations and attempts by the AG to take out Kari Lake. That’s why Abe is so vitally important, and actually, Mark Finchem too.

The post EXCLUSIVE: Rep. Andy Biggs Says The New GOP Will Conduct REAL Investigations Into Jan. 6, Mayorkas, Fauci, Origins Of COVID, And Lawless FBI: “Kind Of Like A Mosquito In a Nudist Colony, There’s a Lot Of Places To Hit.” appeared first on The Gateway Pundit.