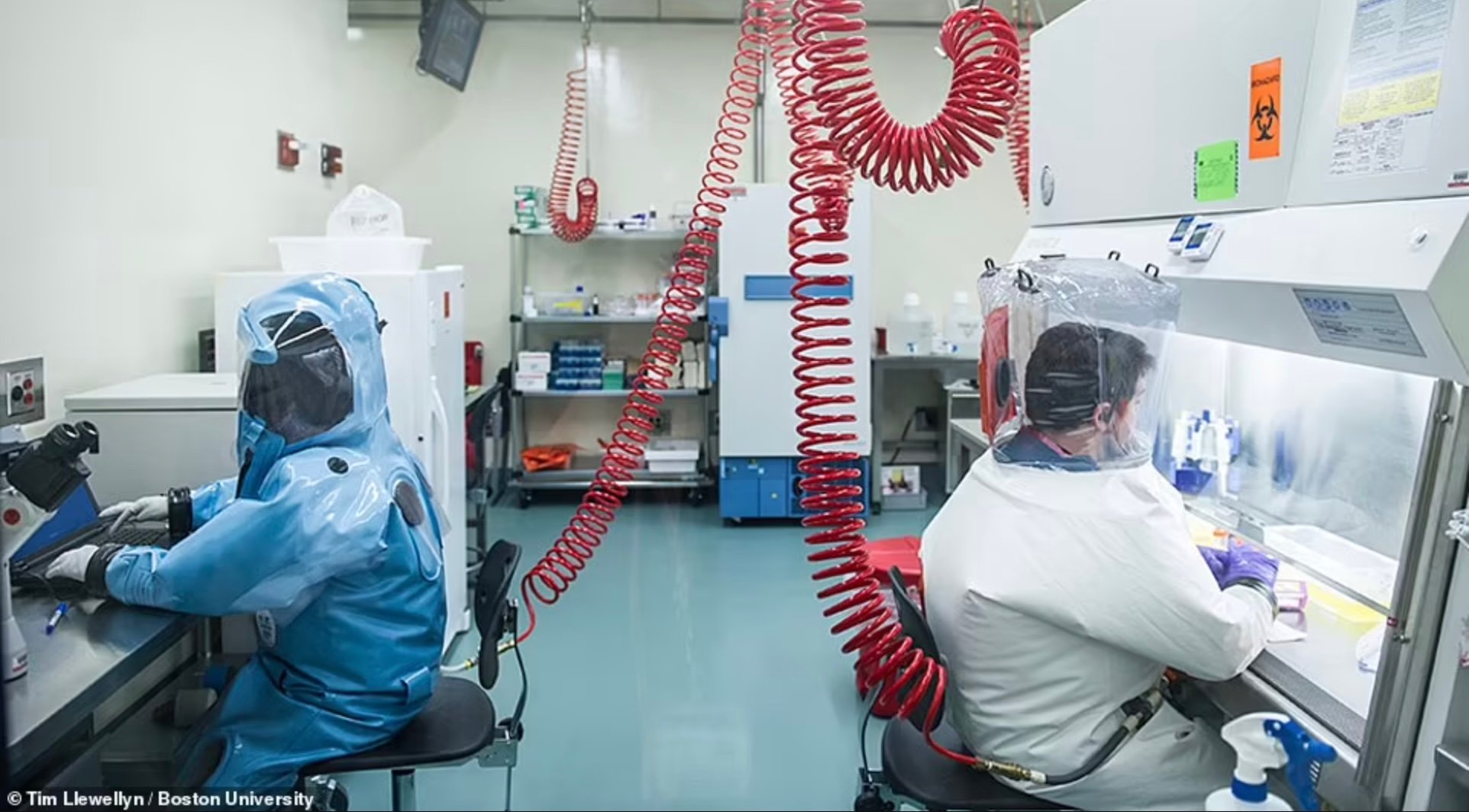 According to a report that was published by the Daily Mail on Monday, researchers at Boston University have developed a new and deadly strain of COVID that has an 80% kill rate, similar to the experiments in Wuhan many people believe started the pandemic.

In early April 2020, TGP reported that the China coronavirus (COVID-19) most likely came from the Wuhan Institute of Virology. After years of denials and disputes the head of the WHO believes this is where it came from as well.

TGP reported in a series of articles in April 2020 that the probable epicenter of COVID-19 was the Wuhan Institute of Virology. This was refuted by experts in the field and our reporting was denounced by those involved intimately in the origins of COVID-19.

At Boston University, the new COVID strain was able to kill 80% of the mice who were infected with it. The mutant variant is a combination of Omicron and the original Wuhan virus.

Boston University’s National Emerging Infectious Diseases Laboratories is one of only 13 biosafety level 4 facilities in the United States. The National Institute of Health is a major funder of the Biocontainment Laboratory at Boston University.

According to public documents, it was partially funded by a grant from the National Institute of Allergy and Infectious Diseases (NIAID) for $1.1million, according to Daily Mail.

For any research grants awarded by the government, projects must detail how the funds will be spent and how the public will benefit, the outlet added.

However, Dr. Emily Erbelding, a director at the NIAID division of microbiology and infectious diseases, admitted that she was unaware of the details of the research.

She said the researchers at Boston University did not clear the work with the NIAID, making the research unauthorized.

Erbedling claimed the university did not inform the NIAID and she only learned of the details from the news media reports.

Dr Erbelding admitted feeling uneasy about the type of research the grants had been used to fund — given the lingering questions about the role of virus manipulation studies and the origins of Covid.

The team then exposed it to human cells in a petri dish and to live mice. The mutant virus killed 80 per cent of the rodents.

The researchers quickly came under fire from many scientists and politicians alike who said they were ‘playing with fire’ and accused them of conducting ‘gain-of-function’ research.

Boston University insisted it was not technically gain-of-function research because its chimeric virus only killed 80 per cent of mice. The original Wuhan strain, for comparison, killed 100 per cent of the rodents.

A spokesperson for the university told DailMail.com: ‘In fact, this research made the virus less dangerous.’

But independent researchers have already challenged that claim, pointing out that the currently dominant Omicron virus was far milder than the new hybrid variant.

Dr Erbelding said she ‘wished’ the scientists had informed NIAID of their work.

She told Stat News: ‘What we would have wanted to do is to talk about exactly what they wanted to do in advance… [and then] we could have put a package forward for review.’

A spokesman for Boston University today told DailyMail.com they ‘did not have an obligation to disclose this research’.

They said the experiments were carried out with funds from Boston University.

‘NIAID funding was acknowledged as a courtesy because it was used to help develop the tools and platforms that were used in this research, they did not fund this research directly,’ they said.

This left them with no obligation to report the research to the agency, they added.

The post Top NIH Director Admits She Was Unaware of the Boston Lab’s New COVID Strain Research with 80% Death Rate – Says the Research Was Not Authorized appeared first on The Gateway Pundit.

We Can See The Phantoms!  Get Them Off...