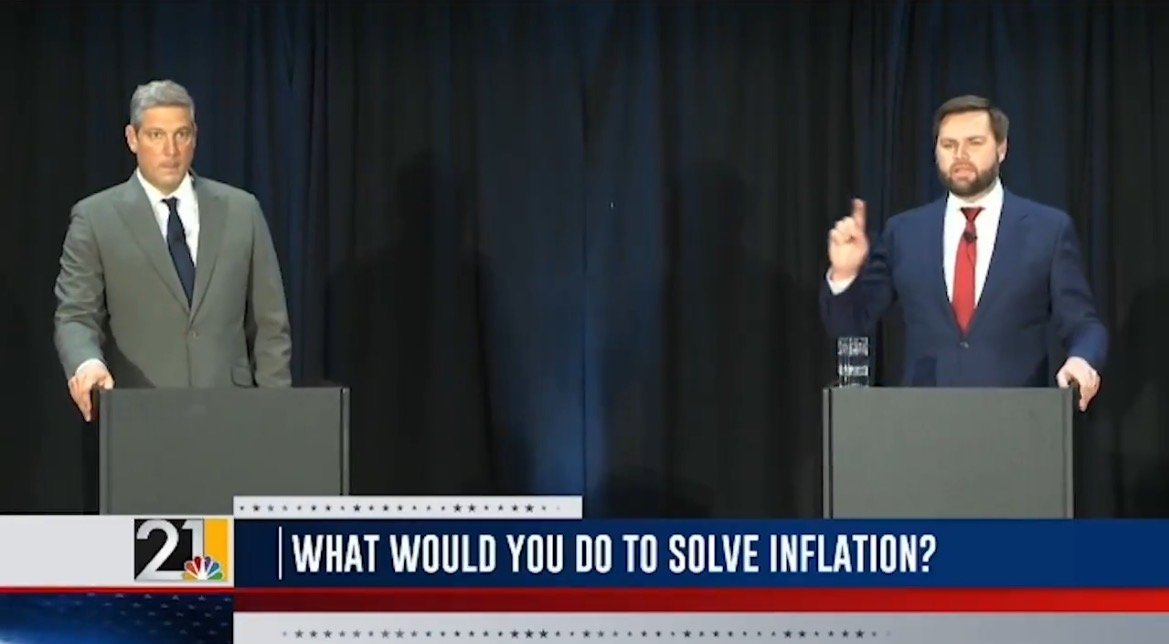 This is the final Ohio Senate debate.

The topic of Bidenflation came up and JD Vance seized the moment.

High inflation is a key issue for Americans going into the midterm elections.

Inflation rates are at 40-year highs because of Joe Biden and Democrat lawmakers like Tim Ryan.

“You’ve voted to raise taxes by $6.7 trillion – 113 times – and just a few weeks ago in the Inflation Reduction Act itself. It raises taxes by $20B on working people in this state and in this country and sicks 87,000 IRS agents to go after them,” JD Vance said.

“You’ve voted to raise taxes by $6.7 trillion – 113 times – and just a few weeks ago in the Inflation Reduction Act itself. It raises taxes by $20B on working people in this state and in this country and sicks 87K IRS agents to go after them.” – @JDVance1 #OHSenDebate pic.twitter.com/ttDBKxrhby

Last week JD Vance knocked Tim Ryan out on the topic of abortion.

When Tim Ryan tried to use the case in which a 10-year-old Ohio girl was tragically raped and had to travel to get an abortion to attack Vance, JD Vance turned it around and annihilated Ryan.

An illegal alien from Guatemala living in Columbus, Ohio raped and impregnated a ten-year-old girl who happened to be the daughter of his fiancé.

The case was widely promoted by Joe Biden and the Democrats when the child sought an abortion in a neighboring state.

JD Vance said the rapist wouldn’t have been in the US if Congressman Ryan did his job and voted in favor of border security.

“You voted so many times against border wall funding…If you had done your job, she would have never been raped in the first place. Do your job on border security, don’t lecture me about opinions I don’t actually have,” Vance said.

Will the 3 Abortion Protesters Who Disrupted Official...