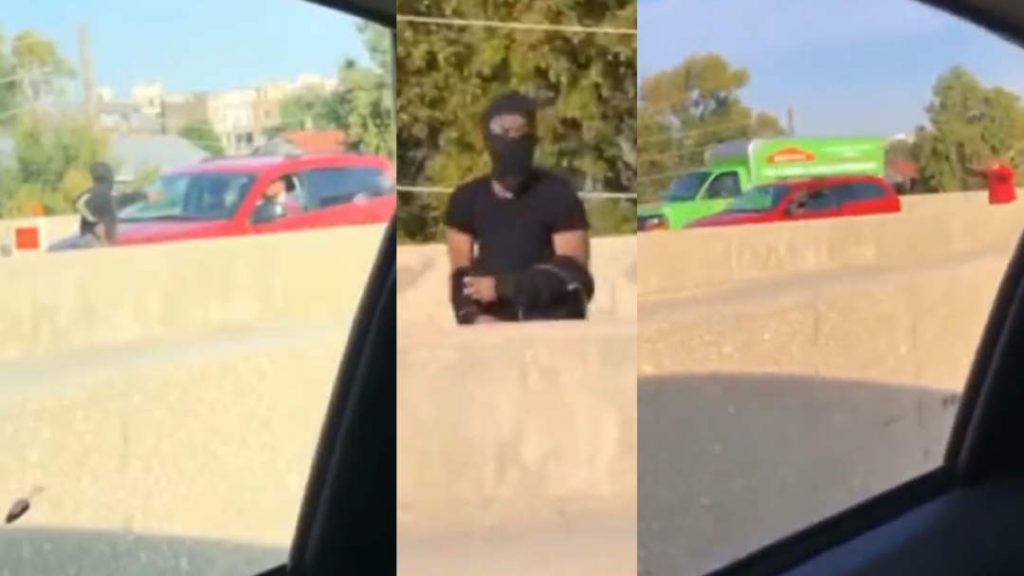 A man armed with a rifle carjacked a driver on the Dan Ryan Expressway on Friday.

A man wearing a black ski mask took advantage of a car accident on the Dan Expressway and used it as an opportunity to carjack a motorist.

The footage shows the man pointing a rifle at a motorist and forcing them out of their vehicle before driving off in the stolen car.

A man is carjacked on the Dan Ryan expressway at rifle point near the 18th St exit in #Chicago pic.twitter.com/Yxvy3vIReP

Video emerged on social media this weekend of a man carjacking a driver while armed with a rifle on an expressway near downtown Chicago.

The footage shows three people running out of a car that was apparently involved in an auto accident along the outbound Dan Ryan Expressway just north of the Stevenson Expressway. Then one of them, wearing a black ski mask and toting a large weapon, tries to carjack passing vehicles.

The carjacker appears to offer a fistful of cash to the man who’s recording in exchange for a ride, but the man, who says he was on his way home from work, declines.

Then, the carjacking occurred.

The man recording the hijacking encourages the driver to speed away. Instead, the driver gets out, puts his hands in the air, and watches as the hijacker speeds off with their vehicle.

The post Shock Video: Man Armed with Rifle Carjacks Motorist on the Dan Ryan Expressway in Chicago appeared first on The Gateway Pundit.

ICE CREAM AND A SNIFF: Joe Biden Manages to Sniff His Next Victim While Out for Ice Cream in Oregon