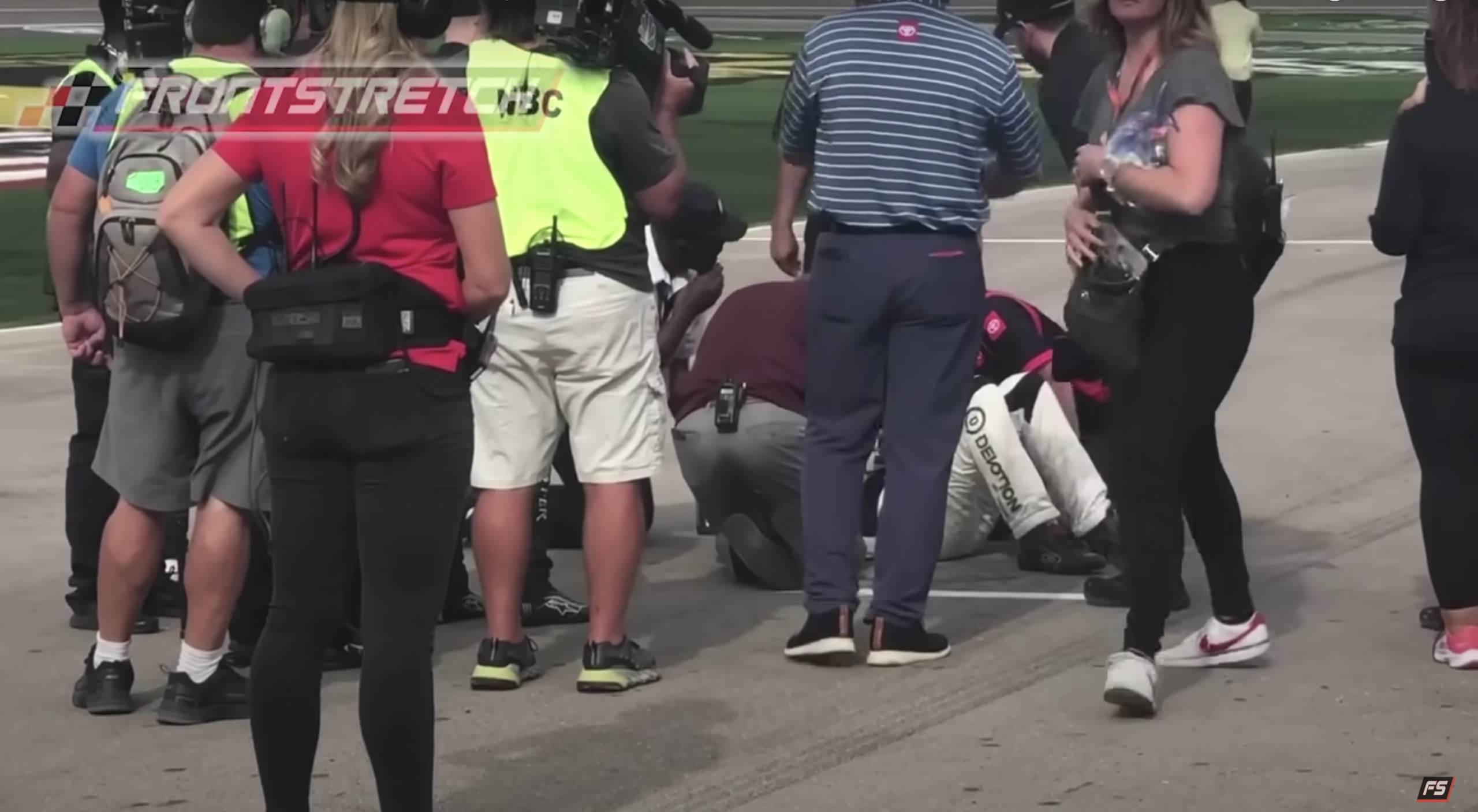 Race car driver Trevor Bayne passed out during an interview following the Xfinity race in Las Vegas on Saturday and later described the incident as the “weirdest experience.”

Medical personnel who attended Bayne assured him that his fainting following Saturday’s race was not unusual, despite the fact that he had never experienced anything like it before.

Doctors told him he had fainted due to being dehydrated.

“I was coming out of the car, then Parker (Kligerman) came right over and I’m doing an interview. I talk a lot so the next thing you know I was out of breath and woke up on the ground. I’ve never passed out in my life. That was probably the weirdest experience that I’ve ever had,” Bayne said.

Trevor Bayne describes why he fainted on pit road after the race and how he was feeling after being released from care center as well as his reaction to the penalty during the race. FYI, he was drinking an orange drink in case you see an orange tongue. pic.twitter.com/crngBYmsba

Running a JGR car in a limited Xfinity Series schedule, Trevor Bayne had high expectations coming into this 2022 season. For the most part, he’s lived up to them, finishing in the top 10 in five of the seven races he’s competed. Unfortunately, pit road problems have dogged his team on multiple occasions.

It happened again on Saturday at Las Vegas when a pit crew member inexplicably fell over the wall, and the No. 18 was sent to the rear of the field for a safety violation.

Despite that setback, Bayne battled his way back through the field and finished fifth, for his fifth top 5 of the year. However, the happiness of the driver and his team vanished moments after the race when he exited his car, began to talk with NBC’s Parker Kligerman, and suddenly collapsed.

In a second take a few minutes later, Bayne talked with the racer-reporter about what happened.

“I’m OK,” Bayne said. “We were talking and at the end of my talking I started feeling out of breath, and I was like, ‘Parker, I’m going to get too close here and I’m going to pass out.’ When I got out of the car, my left ear was ringing. I knocked the crush panels out so I don’t know if I just got gassed. All I can say is I guess I was trying as hard as I could.”

HUGE NEWS! Chair of Assembly on Campaigns and...