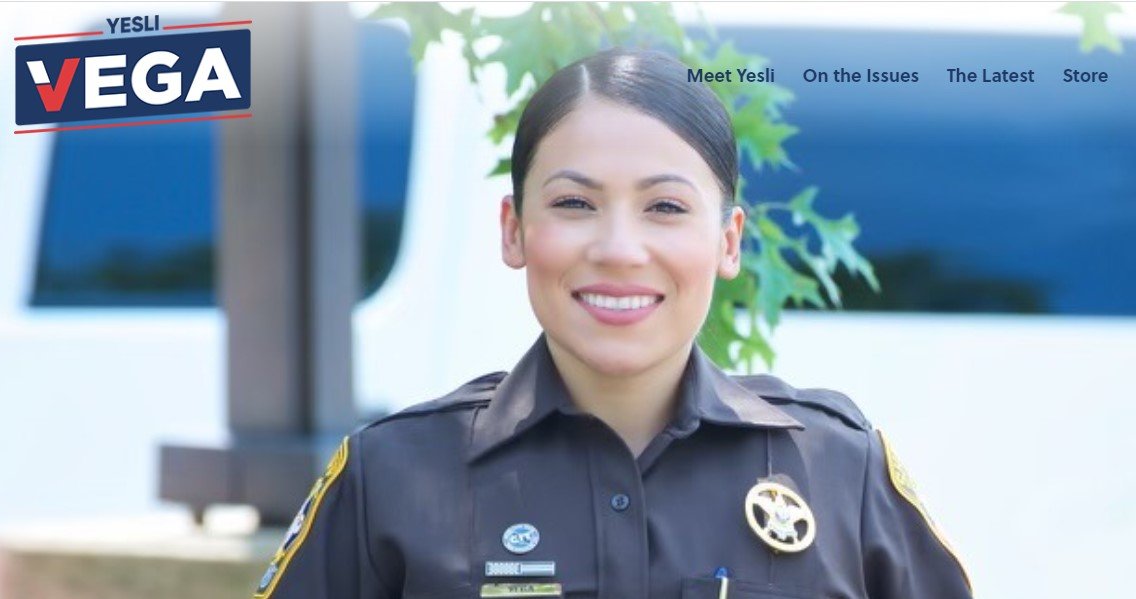 Yesli Vega is running for Congress in Virginia District 7.

Yesli serves as an Auxiliary Deputy in the Prince William County Sheriff’s Office and is an active member in her parents’ church. She also enjoys coaching her daughter’s soccer team, watching her son excel at the sport, and volunteering with Special Olympics and Santa Cops. The first in her immediate family to graduate from college, she has a Bachelors of Science in Criminal Justice from American Military University, for which she serves as an Ambassador, and is a graduate of the Northern Virginia Criminal Justice Academy.

Yesli is running against far-left Democrat Abigail Spanberger in Virginia.

Spanberger backed out of their planned and agreed upon debate.

Democrat Spanberger does not want to talk about her surrogate’s support for jailing parents for not conforming to woke culture. Spanberger is a white liberal. Yesli Vega is an immigrant from El Salvador and a Republican.

My release on @spanbergerva07 dropping out of debate to avoid questions about her campaign’s support for jailing parents for not conforming to liberal woke culture. pic.twitter.com/6bNV5s29Ih

** You can donate to Yesli Vega here.

Here is the press release from Yesli Vega for Congress. 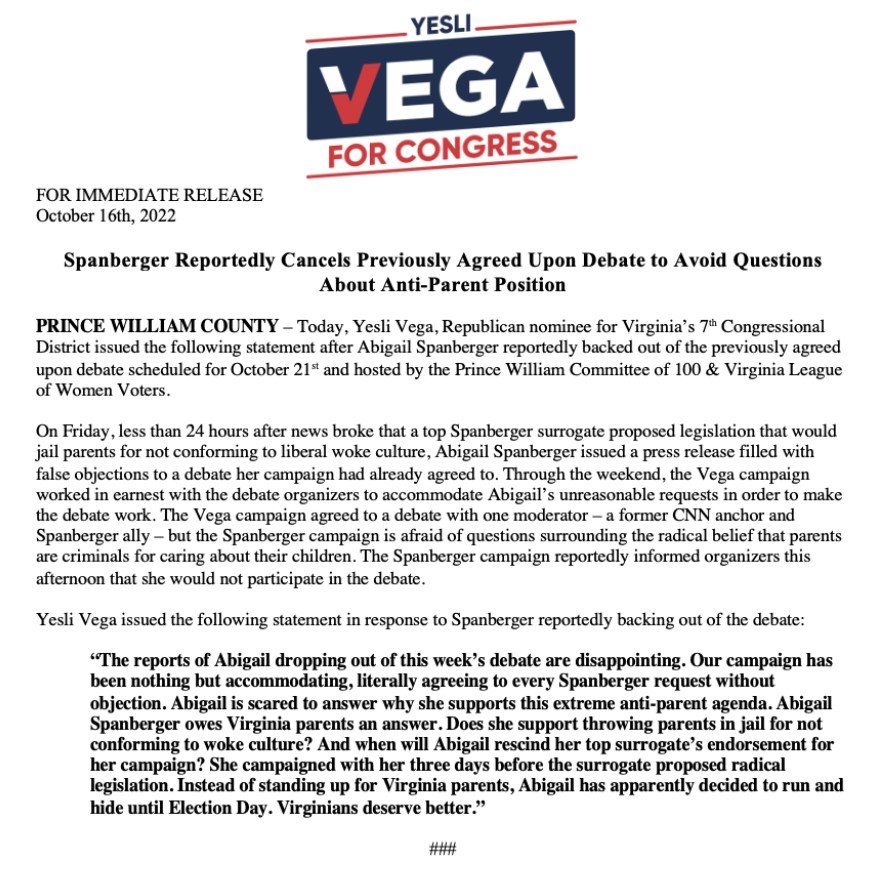 The post Democrat Spanberger Backs Out of Debate with Popular Republican Yesli Vega to Avoid Questions about Extreme Anti-Parent Agenda appeared first on The Gateway Pundit.

TGP Daily Recap 10/17/22: Pelosi would have “Punched Out” Donald Trump on J6, MSM Doxxed a navy veteran in a skewed “leak” and more!