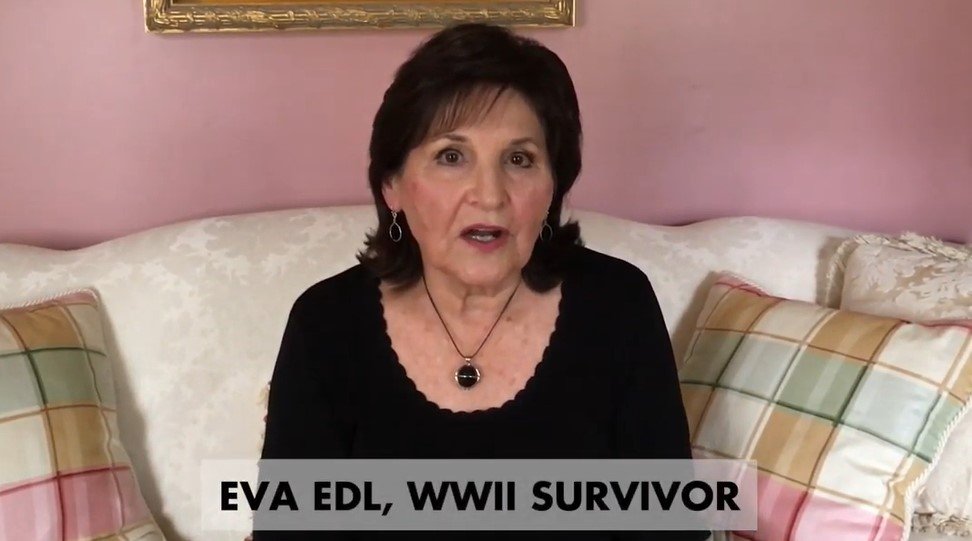 11 pro-life activists were arrested this month for holding a prayer vigil and singing hymns at the door of the abortion clinic in Mount Juliet, Tennessee.

The protest movement was posted on Facebook at the time months earlier.

Eva Edl released a video in November 2018 describing her experience in a concentration camp and her opposition to abortion.

YouTube now has a warning posted on the video:

The Biden administration has been under heavy criticism as Joe Biden’s Justice Department targets peaceful pro-life Americans for protesting abortions in such as a way that they blocked access to an abortion center.

New information about one of the pro-life advocates arrested recently shows she is an 87-year-old woman who is a concentration camp survivor.

A federal indictment alleges that the pro-life defendants “engaged in a conspiracy to prevent the clinic from providing” and patients from receiving abortion services and violated the FACE Act by “using physical obstruction to intimidate and interfere with the clinic’s employees and a patient.”

Yet the event was mostly pro-life people staging a peaceful sit in along with signing and praying and it was so lawful and peaceful that local police let them go after minor misdemeanor charges. But if convicted on these federal charges from the Biden administration, Vaughn faces up to 11 years in prison, three years supervised release and fines of up to $350,000.

One of the pro-life advocates the FBI considers as a danger to the public is an elderly woman, Eva Edl, who is a German survivor of a communist prisoner-of-war concentration camp during World War II. After she escaped that horror, Edl dedicated her life to fighting for human rights for everyone — including people before birth

MUST WATCH: AOC Gets Absolutely Chewed Out By Former Supporters for Supporting Nuclear War and Funding Ukrainian Nazis (VIDEO)

FAKE NEWS On the Warpath: These Mainstream News...