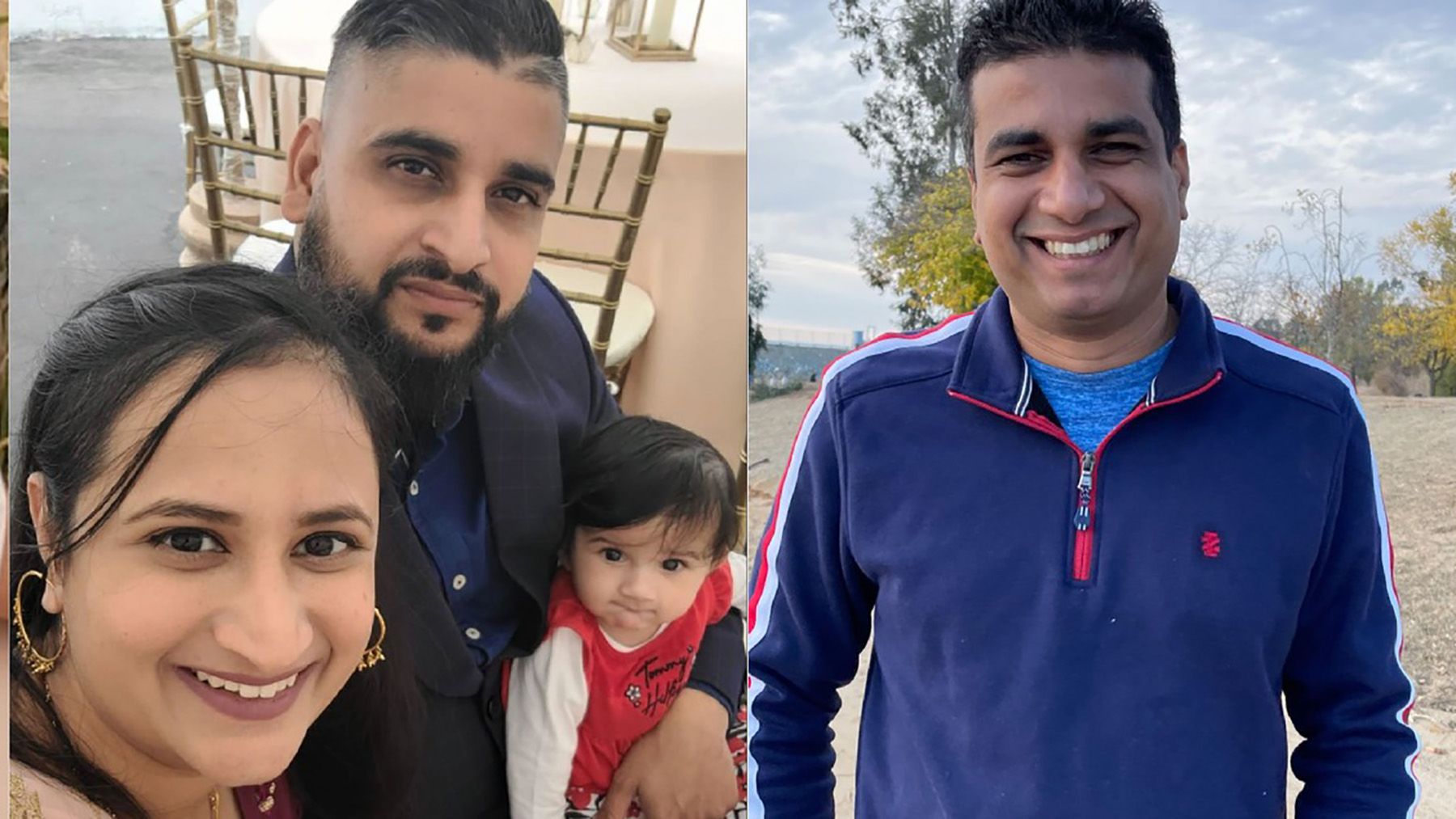 A family of four, including an 8-month-old infant, have been found dead after being kidnapped at gunpoint from their trucking business on Monday.

The video shows 36-year-old Jasdeep Singh and 39-year-old Amandeep Singh being forced out of their business with their hands zip-tied.

Jasleen Kaur and her infant daughter Aroohi Dheri were then led out of the business and forced into the back of a truck.

Law enforcement late Wednesday announced all four family members, including the infant, were found dead in a rural almond orchard.

All four family members who were mysteriously kidnapped in Northern California have been found dead in a rural almond orchard, the Merced County sheriff said.

Eight-month-old Aroohi Dheri and her parents — 27-year-old mother Jasleen Kaur and 36-year-old father Jasdeep Singh — were taken against their will from a business on Monday, Merced County Sheriff Vern Warnke said. The baby’s uncle, 39-year-old Amandeep Singh, was also kidnapped, the sheriff said.

Warnke announced Wednesday night that a farm worker came across the victims’ bodies, which were found relatively close together.

No motive is known, Warnke said.

The sheriff called it “horribly senseless.”

Police on Tuesday took Jesus Manuel Salgado into custody as person of interest. Jesus Manuel Salgado has a history of kidnapping people.

“According to the Merced County District Attorney’s Office, there was a similar incident in December 2005. That landed Salgado in prison for charges of home invasion robbery with a gun, witness intimidation and attempted false imprisonment. The victims weren’t hurt. He was released in June 2015.” – KFSN reported.

The sheriff believes at least one other person was involved in the kidnapping.

A motive for the kidnapping and killing is still not known.

BIDEN ECONOMY: Biden’s War on Oil and Gas Is Costing the US Nearly $100 Billion a Year in Lost Output