Tara Reade Responds To Biden’s “Bring Back Some Decency” Speech: “You Sexually Assaulted Me…” 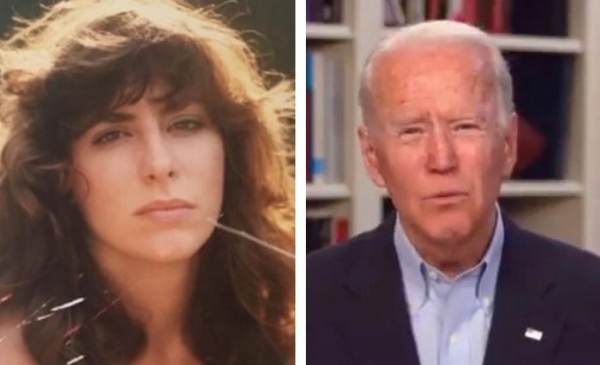 Tara Reade, the former staffer who accused Joe Biden of sexual assault, blasted Biden after giving a speech on “decency.”

Biden claims he ran for President to “restore the soul of America” — despite the fact he has been a divider since taking office.

You sexually assaulted me when I worked as your staffer Joe Biden in 1993 then used your power and resources to silence me. Do NOT EVER speak of decency again. There has never been a proper investigation into your depravity. #BidenDestroysAmerica https://t.co/Y4UvXaJ47X

Tara Reade accused Biden of sexual assault and said back in 1993 that Biden pushed her up against the wall and penetrated her with his fingers.

Reade alleges that Joe Biden used his resources to silence her and that “there has never been a proper investigation” into what happened.

Despite contemporaneous witnesses, the media had no interest in covering the story during the 2020 election cycle.

In an interview with Megyn Kelly, Tara Reade began by explaining how she was given a duffel bag and told to “hurry” up and give it to then-Senator Biden.

She caught up with Biden in a corridor in the Russel building to give him his gym bag and that’s when he sexually assaulted her.

“He greeted me, he remembered my name. I handed him the bag, and it happened very quickly,” Reade said. “I remember — I remember being pushed up against the wall and thinking…the first thought I had was ‘where’s the bag,’ which is absurd thought.”

“He had his hands underneath my clothes and it happened all at once,” Reade continued as she became emotional. “So he had one hand underneath my shirt and the other hand I had a skirt on, and he like went down my skirt and then went up and I remember I was up almost on my tippy-toes.”

Reade told Megyn Kelly that Biden whispered something vulgar in her ear as he assaulted her.

The media totally ignored Tara Reade even though she had contemporaneous witnesses to back up her claims that Biden sexually assaulted her.

What else is Joe Biden hiding?

The post Tara Reade Responds To Biden’s “Bring Back Some Decency” Speech: “You Sexually Assaulted Me…” appeared first on The Gateway Pundit.